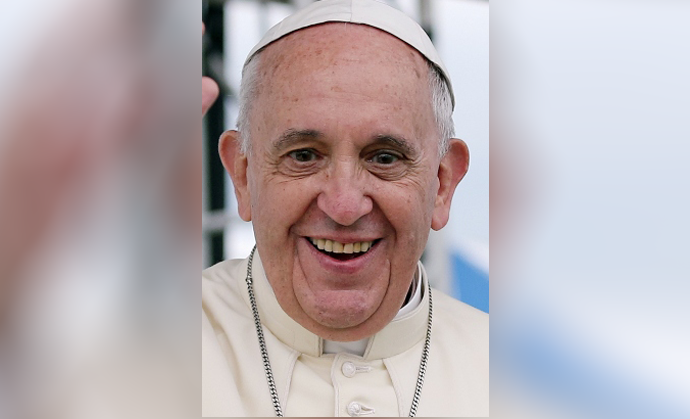 Pope Francis continues to straddle the fence on abortion, saying flatly on Sept 15 that it is “murder” at virtually any time in pregnancy, but that some U.S. Catholic bishops are wrong for censuring Joe Biden by seeking to deny him holy communion over his support of abortion, virtually a sacrament to Democrats.

Asked about the debate within the U.S. Bishops Conference about whether Biden, supposedly a Catholic, should be denied communion because of his support for abortion, the pope prevaricated.

“I never denied communion to anyone,” he said, cryptically, in coverage by Reuters. “But I never knew that I had in front of me anyone such as you described, that is true.”

Catholics everywhere can take pride in that kind of decisive leadership.

In June the conference of U.S. Roman Catholic bishops voted to draft a statement on communion that could criticize “Catholic” politicians, including Biden.

“Communion is not a prize for the perfect … communion is a gift, the presence of Jesus and his church,” the pope said, elaborating: “Abortion is murder … Those who carry out abortions kill.”

“At the third week after conception, often even before the mother is aware (of being pregnant), all the organs are already (starting to develop). It is a human life. Period. And this human life has to be respected. It is very clear,” he said, without making exceptions for extremely powerful world leaders.

Church law says Catholics who undergo abortions automatically excommunicate themselves from the Church, but there is no clear policy on Catholic politicians who say they have no choice as elected officials but to support abortion rights under popular pressure. It has created a deep division in the U.S. church.

The pope said bishops should deal with the problem in a “pastoral instead of a political” way.

Alabama Law Aims to Induce the Abortion of Roe-v-Wade