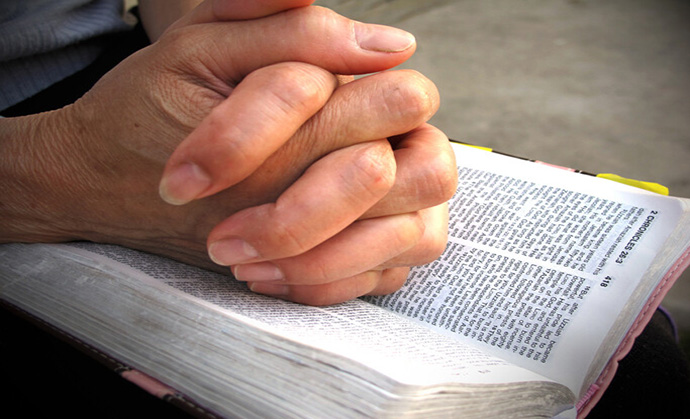 It had to happen: After Florida governor Ron DeSantis signed CS/HB 7, also known as the “Stop WOKE Act,” into law, barring the teaching of material that is “inherently racist, sexist, or oppressive, whether consciously or unconsciously,” whether it is to schoolchildren or employees of a company, someone had to claim that he had outlawed teaching …  the Bible.

Claiming that the Bible contains content about slavery, racism, and LGBTQ+ issues – even when the Good Book makes no attempt to blame the reader for those things, or demand that the reader atone for the sins of others – activist Chaz Stevens is using the “stop WOKE act” to send complaints to eight school districts in the state challenging the Bible’s suitability to be in schools, according to The Miami New Times.

“If they’re gonna ban books, then the whole library should be in play. My hope — and it’s a longshot — is that they will apply their own standards to themselves and ban the Bible,” Stevens told New Times.

“With the constant concerns about teaching Critical Race Theory, should we not take stock of the Bible’s position on slavery? I am concerned our young white students will read such passages and wake up to civilization’s sordid past,” Stevens wrote in his complaint, which is full of clumsy attempts at satire and sophomoric humor.

Florida’s law has no prohibition on talking about slavery, but only about using it as a lever to get certain groups to comply, give up rights, admit to blame about it or accept punishment for it — all seeming goals of Critical Race Theory and woke-ness proponents.

“I wish to file such an objection, requesting the Miami-Dade County Public School system immediately remove the Bible from the classroom, library, and any instructional material,” Stevens wrote in one of the complaints. He then proceeded to let his hyperbole get the better of him and reveal his real motivation: He’s just anti-Christian.

“And, as is often the case with banned books, I ask your agency lay flame to that giant stack of fiction in a pyre worthy of a Viking sendoff.”

Christian Ministries Give Other View on Illegal Alien Holding Centers