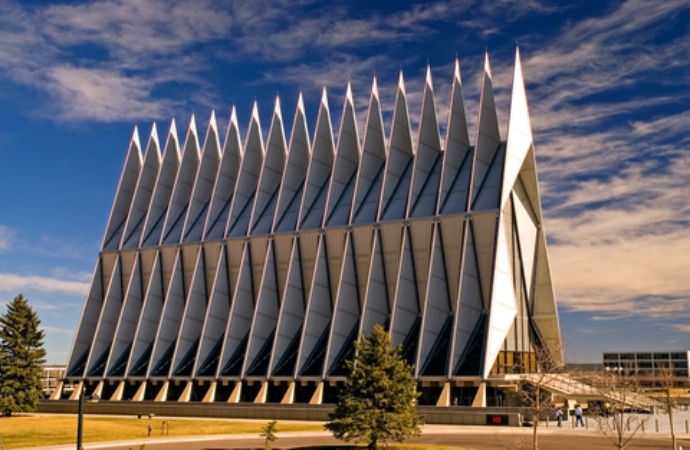 “We are pleased to offer this introductory D&I course as part of our commitment to working with cadets and cadet candidates in fostering a safe community built on mutual respect, teamwork, and personal dignity,” says a note from Yvonne L. Roland, the air Force’s “director of Culture, Climate, and Diversity,” reads at the onset of the training, as reported by The Washington Examiner on Yahoo News.

The video even tackles the commonsense reply to Black Lives Matter, that being “All Lives Matter,” as a “really problematic” comment.

Because in truth, Black Lives Matter seeks to ingrain the concept of inequality. The organization has also openly espoused Marxism, though it masquerades as concern about police shootings in black communities.

“I can confirm this is part of required training for inbound cadets,” Air Force Academy spokesman Dean Miller told the Washington Examiner. “This is the first year this training has been used, and it is used at universities across the country.”

Critical Race Theory has gotten much attention in recent months amid reports that schools, employers, and military institutions have begun pushing it on captive audiences in classrooms and workplace “training.”

Defense Secretary Lloyd Austin said the Department of Defense does not “teach” or “embrace” the theory during a House Armed Services Committee budget hearing in June, but Gen. Mark A. Milley, chairman of the Joint Chiefs of Staff, gave an impassioned speech defending the merits of teaching the theory, comparing it to learning about Mao Zedong and Karl Marx, during the same hearing.

Lynne Chandler Garcia, who teaches political science at the U.S. Air Force Academy, admitted to teaching critical race theory in a June op-ed for the Washington Post, and argued that doing so was “vital.”