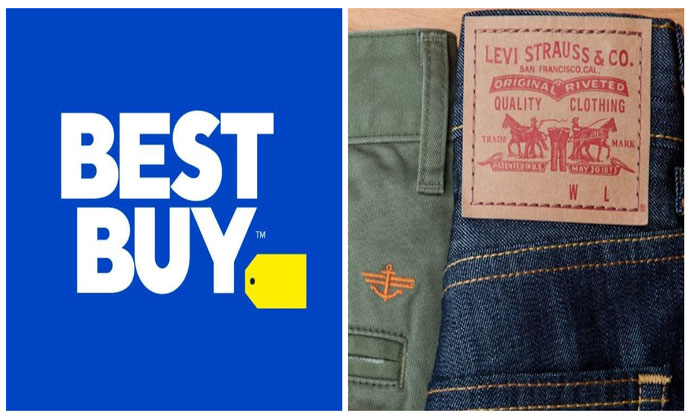 Best Buy and Levi Strauss have in effect told their employees that the Kyle Rittenhouse not-guilty verdict was in error, that the right to self-defense does not exist, and that violent rioters should have been allowed to attack the armed then-17-year-old with impunity that night in Kenosha, Wis.

Both companies face boycotts after they showily offered employees mental-health counseling after the Rittenhouse verdict, which did not go the way leftists hoped it would, DailyMail.com reports.

Remember that next time blue jeans, electronics or appliances are on the shopping list: Would Levi’s or Best Buy have offered counseling to mortified employees if Rittenhouse were found guilty?

Following the teenager’s acquittal, both companies sent memos out to employees offering counseling, with Levi’s even offering a “racial trauma specialist” to “encourage healing.”

Of course, it’s all just a way to tell captive audiences how they should be feeling – and thinking – if they are interested in continuing or being promoted at their respective companies.

But on social media the companies are being slammed for their wokeness, with many people threatening to boycott stores or cancel their orders.

“@BestBuy is actually offering counseling to employees for the jury getting the verdict in the Rittenhouse trial correct. They just lost a long standing customer in me,” one user wrote on Twitter.

Another condemned Levi Strauss, writing: “The race for most woke company marches on and I can no longer buy 501s, which I have worn for 40+ years. These idiots destroy everything.”

“@BestBuy just found out about ur memo on the Rittenhouse verdict to ur employees, in response I cancelled the $2500 Macbook on order n the appt to have stereo work done on my truck $1100 n there’s more like me [sic],” another Twitter user wrote.

“I will never, ever buy anything from Best Buy again. They offered counseling services to employees after Rittenhouse verdict… WTF?” posted yet another.