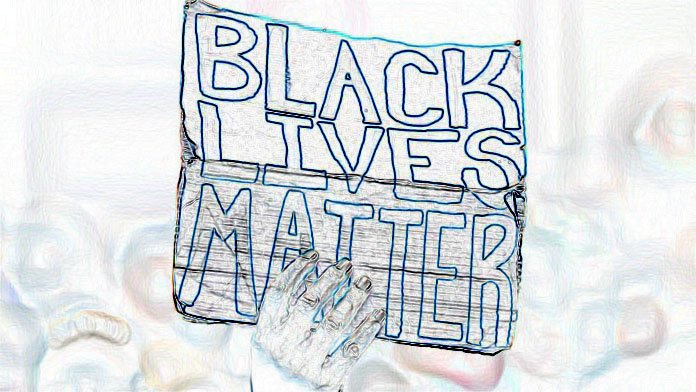 The demands and public statements of the Black Lives Matter organization are becoming more and more uncannily like the political playbook of the Democratic party.

The national BLM organization, though supposedly formed to fight racism, is taking exacting aim at former President Donald Trump and his millions of supporters, even though Trump was successfully overthrown in January, reports The Daily Wire.

BLM also seems obsessed with discouraging comparisons of its own destructive, violent riots with the Jan. 6 demonstration at the U.S. Capitol. Related protests continue to cause damage in cities like Portland, but BLM calls for the blood of anyone associated with Jan. 6th, including President Trump.

“We are joining Rep. Ilhan Omar, Rep. Ayanna Pressley, Rep. Cori Bush, Rep. Jamaal Bowman, and others who are demanding Trump be immediately convicted in the United States Senate. Trump must also be banned from holding elected office in the future,” the group said, showing that it is in fact just the burning-businesses arm of the Democratic party.

Trump must also be “permanently” kicked off social media, they are demanding: “Trump has always used his digital media platforms recklessly and irresponsibly to spread lies and disinformation. Now it is clearer than ever that his digital media is also used to incite violence and promote its continuation. He must be stopped from encouraging his mob and further endangering our communities,” the group says.

Nor does BLM simply want Trump to be the one who is punished. They seek expulsion and ruin any Republican who questioned the final Electoral College vote or expressed even mild support for Trump after the November election.

“More than half the Republican representatives and multiple senators stoked Trump’s conspiracy theories and encouraged the white supremacists to take action to overturn the election. We are supporting Rep. Cori Bush’s resolution to expel them from Congress for their dangerous and traitorous actions,” the group demanded, once more revealing its political function and roots.