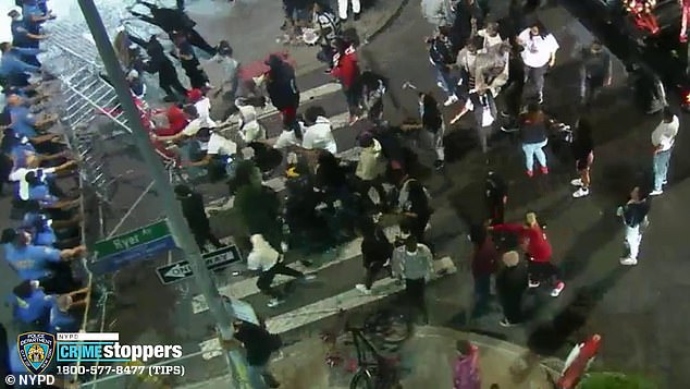 While many pro-Donald Trump protesters from the Jan. 6, 2021 march on the U.S. Capitol continue to be characterized as terrorists in the media and even by the director of the FBI,

Black Lives Matter protesters were dousing police vehicles with gasoline as recently as the beginning of September.

BLM protesters have gathered at the 46th Precinct police station in the Bronx, New York, several times recently after the fatal shooting of Mike Rosado, 24, by off-duty NYPD officers. Police say that on Sept. 3 one of the demonstrators carried a red fuel can over to a parked police van, in which officers were posted, and started sloshing it over the vehicle, according to DailyMail.com.

Police camera footage shows that the liquid, which officers took to be gasoline, was poured over the roof and windows of the van at 10:32 p.m.

The NYPD told the New York Post that officers drove the van away before it could be set afire, and said that the protester could face state and federal charges in the alleged arson attempt.

The protest itself became violent, with the crowd pushing barricades into defending police officers and throwing eggs, according to an NYPD spokesman.

The protest was sparked by the fatal shooting of Rosado after a fight that allegedly involved bottle-throwing between a crowd in the Tremont neighborhood of the Bronx around 4 a.m., the New York Daily News reported. Rosado pulled a gun and fired about 10 times toward the group, witnesses said.

The NYPD said two off-duty police officers spotted Rosado with the gun and ordered him to drop it but he opened fire on them, police told the New York Daily News, at which point they returned fire.