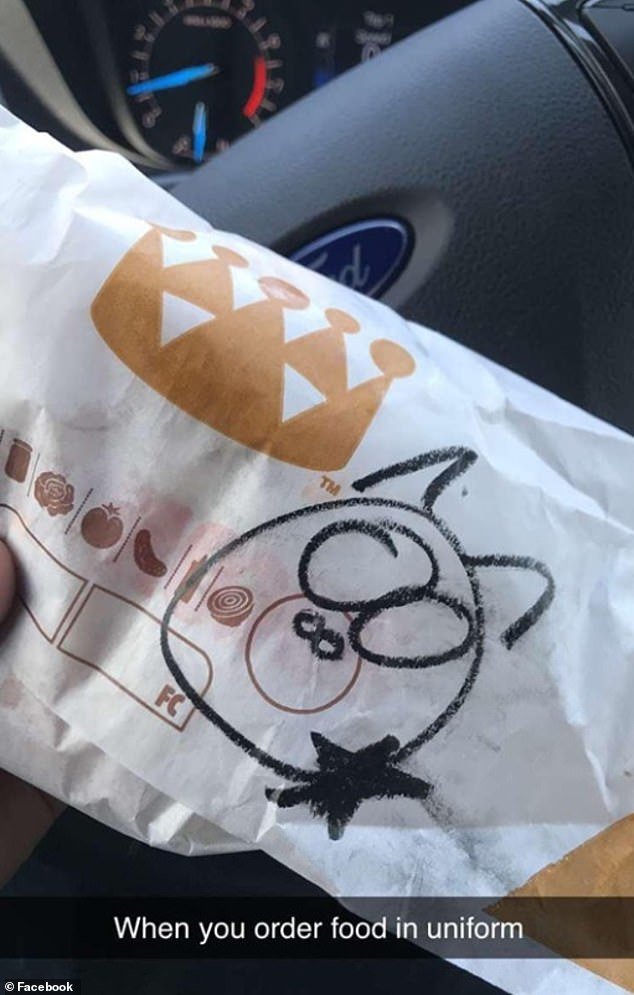 DailyMail. Managers of a Burger King in New Mexico say they have fired five employees over an incident in which a pig was drawn on a police officer’s order.

Officer Timo Rosenthal of the Clovis Police Department was in uniform when he entered the fast food restaurant to have dinner on Thursday.

Rosenthal ordered a hamburger, though he noticed that the wrapper was scrawled with a drawing depicting a pig.

‘Pig’ is a derogatory term used to refer to police officers.