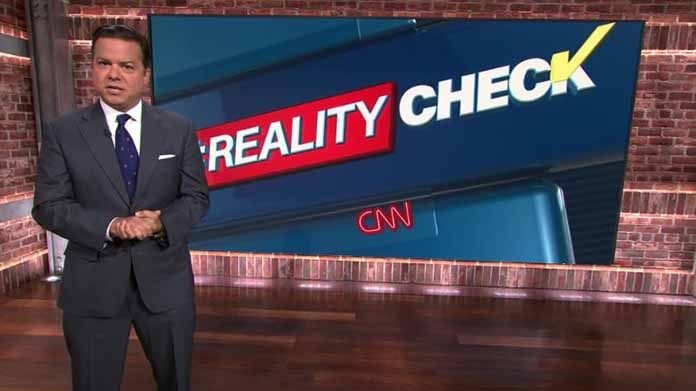 Beleaguered CNN anchor (CNN’s ratings are in the doldrums) John Avlon seems to believe that right-wing terrorists, including groups such as the Klu Klux Klan which were started by the Democrats, have been deadlier than Islamic extremists.

The political commentator was using a report compiled by the ‘centrist’ think tank, New America, for his ‘Reality Check’ show, which was aired on the 18thanniversary of the 9/11 attacks on American soil.

The high tax loving Avlon completely failed to acknowledge that 3,000 people were killed during the devastating attacks which were a direct result of rising Islamic terrorism against the United States which Bill Clinton ignored in the 1990s. Ironically, while he spoke, the screens behind him repeatedly flashed ‘America’s 9/11 Amnesia’.

The confused Avlon went on to state that jihadist terrorism was accountable for only 104 victims while right-wing terrorism was to be blamed for claiming 107 lives on American soil.

The so-called journalist who works as a full-time senior political analyst with CNN used his show to seek questions as to why lawmakers were more focused on jihadists rather than the threat posed by right-wing groups.

He stated that there were some people who were more inclined to put the focus on only one kind of political violence while covering up the others.

Avlon also did not mention the scores of people killed in liberal controlled Chicago, LA, or Baltimore every week.

Outrage grows over ‘weaponizing’ of the DOJ to target parents