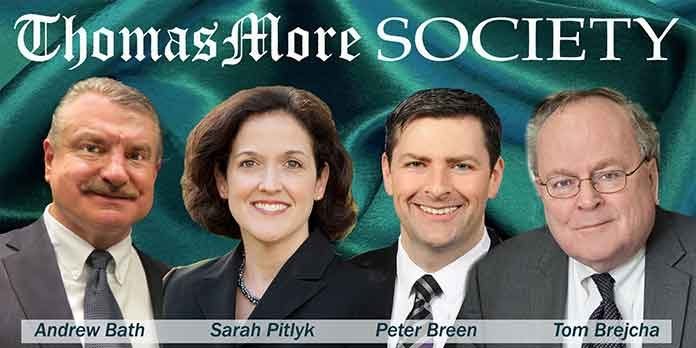 The Trump administration could invalidate a part of Illinois’ new law to broaden access to abortion procedures.

The Thomas More Society, an anti-abortion group, filed a complaint with the U.S. Department of Health and Human Services Office for Civil Rights on Oct. 21, claiming the state’s Reproductive Health Act violates a provision called the Weldon Amendment and Affordable Care Act.

“The new Illinois law requires health insurance policies to cover elective chemical and surgical abortions. According to the complaint, this mandate — which compels businesses and individuals to pay for even late-term abortion coverage and offers no religious exemptions — violates the federal Weldon Amendment and Affordable Care Act,” it said in a news release.

The law, now known as Illinois Public Act 101-13, does so without cost-sharing beyond that required for pregnancy-related benefits. It does not include any exemptions for religious individuals, religious organizations, or even churches.

Planned Parenthood of Illinois responded to the complaint. It said everyone should have coverage for a full range of reproductive health options, including abortion with access to “safe medical care” (safe unless you are a fetus slated for termination).

“The Thomas More Society’s complaint against the Reproductive Health Act is the latest tactic in an ongoing campaign to end access to safe and legal abortion,” spokeswoman Paula Thornton Greear said. “The Thomas Moore Society couldn’t stop the Reproductive Health Act in the state legislature, so they are desperately turning to the Trump Administration for help in cutting off access to abortion in Illinois.”

The complaint was filed on the nonprofit’s behalf and for Dr. Richard Mantoan, a Flossmoor dentist who objects to being forced to offer abortion services via the insurance plan offered to his employees.

European doctor sues US for seizing and blocking abortion drugs