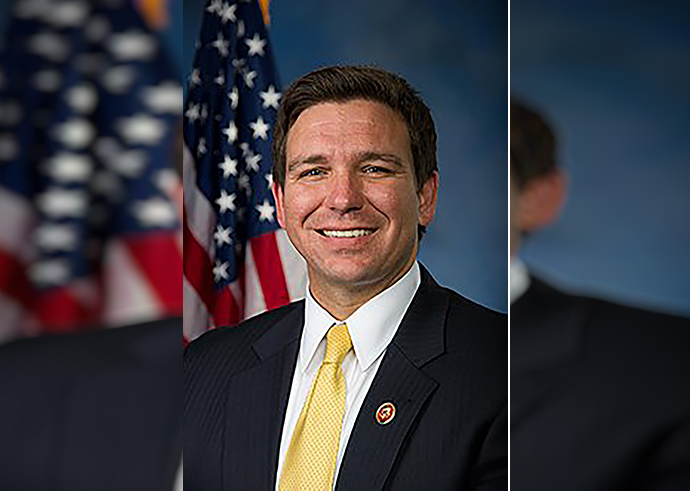 Disney is learning that they are not the sole governing body of Florida.

The company’s sympathy to Communist China is being revealed, its CEO is trapped between militant gay employees and a state that is cracking down on gay grooming of children in schools, and now Florida’s governor is publicly calling them out on all of it, reports The Daily Wire.

In a video made available to all Floridians, Republican governor Ron DeSantis targeted Disney CEO Bob Chapek for criticizing the Florida Parental Rights In Education bill, which opponents have nicknamed the “Don’t Say Gay” bill.

After Chapek called to school him on why gays should be allowed freer access to everyone’s children in school, DeSantis laid down the law. “In the state of Florida, we are not going to allow them to inject transgenderism into kindergarten,” he said, adding: “If that’s the hill that they’re going to die on, then how do they possibly explain lining their pockets with their relationship from the Communist Party of China?”

“So here’s what I can tell you: In the state of Florida, we are not going to allow them to inject transgenderism into kindergarten,” DeSantis said in the video, which was shared with Fox News Digital.  “First-graders shouldn’t have woke gender ideology imposed in their curriculums, and that is what we’re standing for, because we’re standing for the kids and we’re standing for the parents. And I can tell you this: The chance that I am going to back down from my commitment to students and back down from my commitment to parents’ rights simply because of fraudulent media narratives or pressure from woke corporations; the chances of that are zero.”

“And when you have companies that have made a fortune off being family-friendly and catering to families and young kids, they should understand that parents of young kids do not want this injected into their kids’ kindergarten classroom,” he warned. “They do not want their first-graders to go and be told that they can choose an opposite gender. That is not appropriate for those kids. So if you’re family-friendly, understand that parents who are actually raising families want to have their rights respected.”

He concluded, ” … In Florida, our policy’s got to be based on the best interest of Florida citizens, not on the musing of woke corporations.”

Republicans, Democrats alike both say U.S. is in a state of...

Deans and faculty taught to accept their ‘white inferiority’ at University...