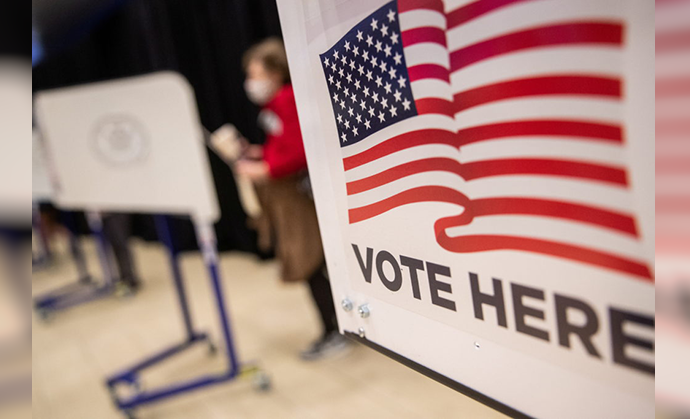 Even the Associated Press, who claim to be journalists despite their rich funding by leftist foundations, are having to admit that America is growing increasingly sour on Democrats and their allies.

In the 12 months approaching November’s midterm elections, more than 1 million U.S. voters have reportedly switched their party affiliation from Democrat to Republican so far, according to data analysis by the AP.

Keep in mind that that is the AP’s figure, and they are unabashedly partisan in their “news coverage.”

Democrats have added 630,000 voters, the AP claims, as reported by DailyMail.com.

Educated suburban “swing voters” are viewed with the most alarm by the AP and the Democrats, who credit that bloc for Joe Biden’s miraculous, mysterious, precedent-shattering, and highly irregular late-night win over President Donald Trump in 2020. Those voters are now withdrawing their support, the AP claims.

The installed Biden administration has brought record inflation, gas prices surpassing $5 a gallon, foreign policy debacles like the bumbling pullout from Afghanistan and an out-of-control situation at the U.S. southern border, and the targeting by the Department of Justice of parents who complain at school board meetings.

The AP said its method was to examine nearly 1.7 million voters who had “likely” switched party affiliations across 42 states that offered data over the past 12 months. Two-thirds of those examined had switched to the GOP. The numbers contrast with the presidency of Donald Trump when Democrats had a slight edge in the number of party switchers.

Four months before the midterms, Democrats and their big-media spokesmen are grasping for a way to bring back voters who see that the country is headed in a dangerous direction under their communist-flavored incompetence.

At the moment they are placing their hopes on Americans’ enthusiasm for killing their babies and trying to harness the fury of those incensed by the Supreme Court’s decision to overturn Roe v. Wade.