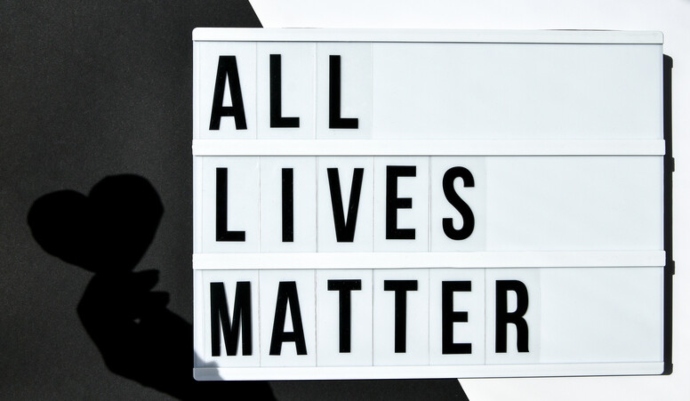 Minnesota’s Lakeville School District is slated to be sued on Aug. 6 for violating their students’ First Amendment free speech rights, after “Black Lives Matter” posters were permitted to be posted at the school but statements that anything else mattered were barred by administrators.

The pending lawsuit being filed by the Upper Midwest Law Center (UMLC) names parents Bob and Cynthia Cajune and Kalynn Wendt, along with several other parents who belong to the organization Lion 194, as plaintiffs who are suing the school district and superintendent Michael Baumann on their childrens’ behalf.

The lawsuit states that Independent School District 194, also known as Lakeville School District, arranged an “Inclusive Poster Series” in April that accepted two posters with the now-familiar political slogan “Black Lives Matter,” which has become shorthand for the leftist claim the United States is a nation based on white supremacy.

It is also synonymous with Critical Race Theory, an attempt to give this accusation academic validity that is being pushed by liberals in schools, governments and workplaces.

According to the lawsuit, the two posters were specific, stating: “At Lakeville Area Schools we believe Black Lives Matter and stand with the social justice movement this statement represents. This poster is aligned to School Board policy and an unwavering commitment to our Black students, staff and community members.”

Upper Midwest Law Center President Doug Seaton said his clients were discriminated against when they were prohibited by the school district from displaying “All Lives Matter” signs on school property, while the “Black Lives Matter” posters were permitted.

Seaton told Newsweek that the lawsuit is representative of other school districts across the nation that are having Critical Race Theory forced into their curriculums against the wishes of many parents and others.

Australian parents lose custody of their daughter after refusing to let...

Planned Parenthood once again in spotlight over fetal tissue donation