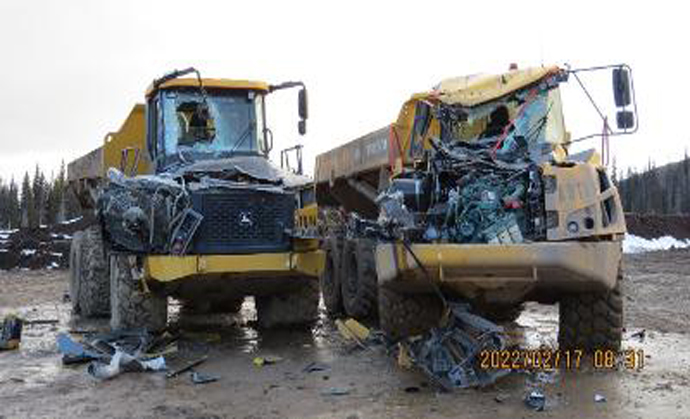 While the Canadian government cracks down on truck drivers who do not want unknown chemicals injected into their bodies, actual environmental terrorists and blockaders attacked a pipeline construction site in northern British Columbia, menacing workers there and destroying millions of dollars’ worth of equipment.

In the early hours of Feb. 17, security at the Coastal GasLink site called the Royal Canadian Mounted Police for help, reporting they were under attack by about 20 armed people. It turned out that the attackers blocked and booby-trapped the road that emergency responders would have to take, smashed up heavy equipment and buildings, and even terrorized workers who were cornered inside a vehicle, the Vancouver Sun reported.

The sabotage occurred as Canadian Prime Minister Justin Trudeau and a sympathetic press vilify truck drivers who have paralyzed the country’s capital of Ottawa for nearly a month – peacefully – over forced COVID vaccinations for international truckers.

RCMP Chief Supt. Warren Brown called the attack a “calculated and organized violent attack that left its victims shaken and a multi-million dollar path of destruction.”

A statement from Coastal GasLink said that “in one of the most concerning acts, an attempt was made to set a vehicle on fire while workers were inside. The attackers also wielded axes, swinging them at vehicles and through a truck’s window. Flare guns were also fired at workers.” The company said its workers fled. They were shaken, but no one was physically injured.

RCMP said responding officers were met with a blockade of downed trees, tar-covered stumps, boards with spikes, and fires at the forestry road’s 41 km mark. As police worked their way past the debris, people threw smoke bombs and fire-lit sticks at them. One officer was injured.