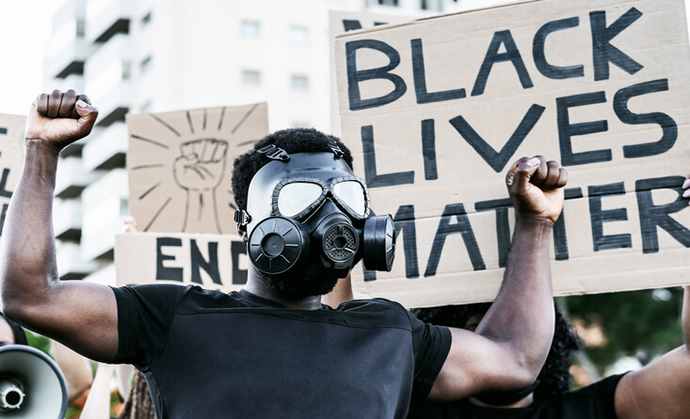 The true nature of the Black Lives Matter “movement” is starting to emerge, and it’s looking less and less like a spontaneous, natural public outcry against suffocating, American racism.

It is looking more and more like astroturf (fake grass roots), a media invention, a Democratic political stratagem … and now, a scam.

Or is it just more racism, expecting a black cause to follow everyone else’s financial rules?

Indiana’s attorney general is openly calling Black Lives Matter a “house of cards” with all the hallmarks of a “scam, scheme, or illegal enterprise” after serious questions started coming up about the charity’s finances.

Todd Rokita, a Republican, told the Washington Examiner that the group raked in tens of millions of dollars amid the media-saturated racial riots of 2020, and now won’t answer questions about its finances. It’s a familiar pattern, he said.

“It appears that the house of cards may be falling, and this happens eventually with nearly every scam, scheme, or illegal enterprise,” Rokita said. “I see patterns that scams kind of universally take: failure to provide board members, failure to provide even executive directors, failure to make your filings available. It all leads to suspicion.”

Despite reporting in February 2021 that it closed out 2020 with $60 million in its bank account, BLM has had no known person in charge of its money since co-founder Patrisse Cullors resigned in May amid questions about her finances. The wrong address was also provided on tax forms submitted to the IRS by BLM.

What’s more, a BLM board member recently took steps to scrub his connections with the charity from his social media profiles, a Washington Examiner investigation previously found. The states of California and Washington recently instructed the Black Lives Matter Global Network Foundation, representing the national BLM movement, to halt funds solicitation from residents of their states until it can provide information about its 2020 finances.

Despite the warnings, however, BLM reportedly continues to solicit funds in both states.

‘In God We Trust’ signs to greet Louisiana students