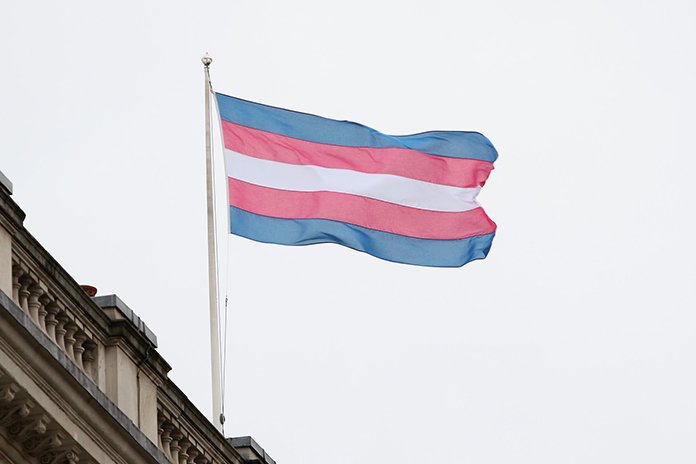 In an era when people’s weird sexual tastes need to be validated with actual flags, flying aloft with the flags of nations and states, some Iowa lawmakers are moving to stop the madness.

Republican legislators want to ensure that flags over public buildings and schools are serving only patriotic purposes, and are not being used in an attempt to normalize homosexuality or not knowing your own gender.

Sens. Roby Smith, R-Davenport, and Jake Chapman, R-Adel, have a bill slated for subcommittee consideration that says caretakers of public buildings or public school boards “shall only be authorized” to fly U.S., state of Iowa, POW/MIA and official flags of the political subdivisions on flagpoles associated with those facilities.

Senate Study Bill 3017 is the legislators’ rebuttal to an incident last November when a flag representing transgenderism, with blue, pink and white stripes, flew for a short time at the Iowa Capitol. The flag was flown at the request of the LGBTQ group Iowa Safe Schools in honor of the Nov. 20 Transgender Day of Remembrance, for people who have died from anti-transgender violence.

State officials say the incident was the result of two Department of Administrative Services employees failing to follow proper protocol for flying flags, reports The Courier.

“I think that was completely disrespectful to the brave men and women who served in the military,” said Chapman. “I heard from numerous constituents who were very concerned about the precedent that’s being set. My understanding is that there were some internal policies that perhaps were violated during that demonstration, but I think it’s important that at least my constituents know that we’re taking this serious.”

Bill to shut down ‘un-American’ Disinformation Board is introduced into U.S. House of Representatives