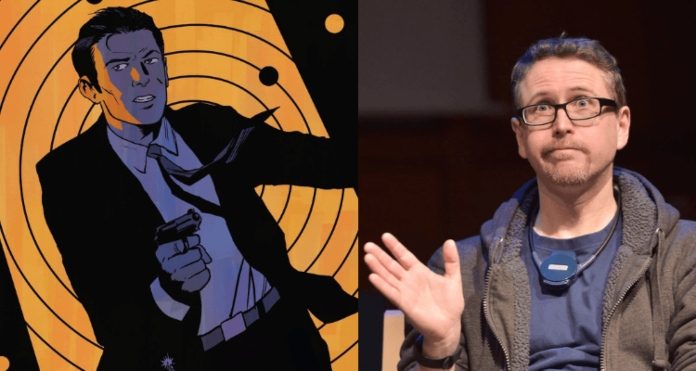 Adding to a trend of support for leftist violence in the entertainment world, high-profile comic-book writer Andy Diggle has praised the “domestic terrorist violence” of Antifa, characterizing their thuggery as “a position any reasonable person would support.”

“They call it “fracking because “hydraulic fracturing” sounds destructive.

They call it “climate change” because “global warming” sounds scary.

They call them “antifa” because “anti-fascist” is a position any reasonable person would support.

Choose your own words.”

According to Politico in September 2017, Antifa’s activities were classified as “domestic terrorist violence” by the Department of Homeland Security. Politico reported:

“Often, they spend weeks planning for violence at upcoming events, according to the April 2016 DHS and FBI report entitled “Baseline Comparison of US and Foreign Anarchist Extremist Movements.”

This is not the first instance of Diggle voicing apparent sympathies with Antifa.

“I agree. I worry about extremism on both sides. I’m not worried about antics (sp?) though.” He would later confirm that “antics” should have read “antifa.”

Diggle is not the only comic book writer who has shown support for the “domestic terrorist violence” of the group, which has been involved in higher-profile disturbances since the 2016 election of President Donald Trump. Zoe Quinn of DC Comics and Marvel Comics made an attempt to excuse antifa violence against conservative journalist Andy Ngo, who was badly injured by Antifa in June 2019.

“Antifa was right; the MSM with its coddling profiles of well-groomed Nazis and “we should try to understand them” thinkpieces was wrong.”

Support for Antifa in the entertainment world goes beyond comic book professionals. Spider-Man: Into the Spider-Verse director Peter Ramsey came out as a supporter of Antifa in 2018.

“ …  Was never a (Trump) supporter, never will be. But y’know, if you don’t agree with these fanatics you MUST be a trump supporter somehow. What I am talking about are Antifa. Who, even if they are anti-trump, are STILL fascist —–s with how they act.