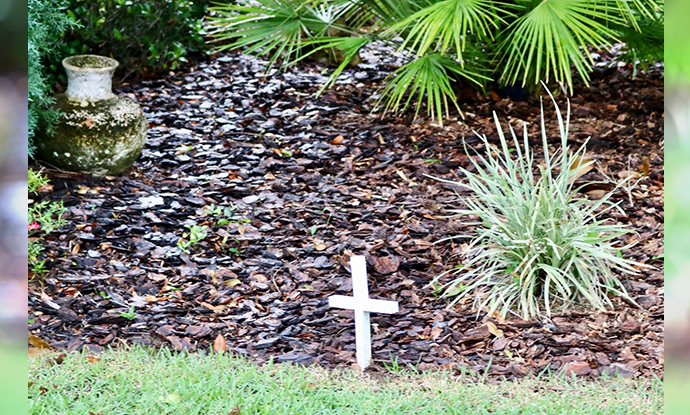 A Florida senior community’s approach to religious freedom appears to be: “You have it, as long as no one else complains about it. And that includes anonymously.”

Wayne and Bonnie Anderson of The Villages put a white, Christian cross less than a foot tall in their landscaping, and were ordered to remove it in 2019 after community officials claimed to have gotten an anonymous complaint, theVillages-News reported.

The couple, whose primary home is in Wisconsin, have fought since then to keep the cross in place, despite its having been deemed a prohibited “lawn ornament.” Their rights under the Florida Religious Freedom Restoration Act are being violated, they say.

The Andersons say they face $4,800 in fines over their little white cross, and that other small lawn displays — which include crosses — are being allowed to remain in place because no one has yet complained about them, according to the Villages-News.

The religiously charged battle has become a divisive community issue, reported The New York Post, and a local church passed out 200 crosses last year for parishioners to place in their yards.

Anderson called the push to uproot the symbol “absurd” in 2020.

“We’ve got a pandemic going on and The Villages is obsessed with ripping crosses out of our yards,” he said. “This is insanity.”

Oregon welcomes terminally ill patients from out of state to come...