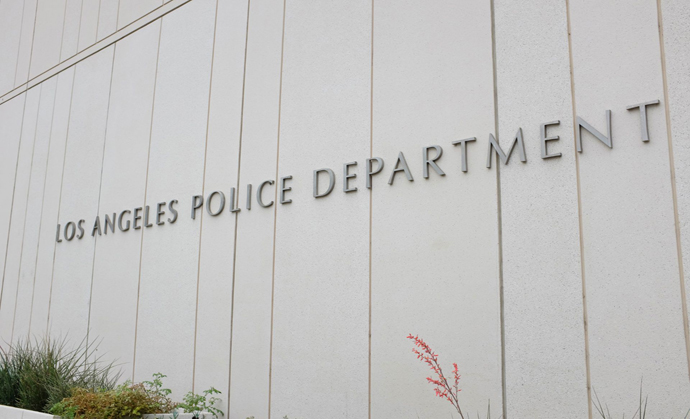 Think that social media is a great place to announce your politics and network with like-minded people? Rest assured that law enforcement and other authorities are there too, and even using artificial-intelligence software to single out people they deem likely to commit crimes.

Internal Los Angeles Police Department documents examined by the Brennan Center for Justice show that the department tried out social media surveillance software from Voyager Labs in 2019, and weighed a long-term contract before the four-month trial ended in November of that year. The application was used to surveil 500 social media accounts using their friend’s lists, location data, and analysis of their actual posts. Thousands of posts were analyzed, according to The Guardian.

Police said the goal was to get “real-time tactical intelligence,” “protective intelligence” for local government officials and information on gangs and “hate groups.”

The AI programs can measure a person’s conviction to their ideology and determine whether he or she has the ‘passion needed to act on their beliefs.’

“Hate groups” can be essentially any organization; Christian Action Network was designated as one by the immensely wealthy Southern Poverty Law Center for its focus on the widely acknowledged threat of fundamentalist Islam.

The Voyager Labs software trialed by the LAPD amasses a subject’s social media posts and uses AI to analyze the possibility of extremism or criminal activity and to survey thousands of associated accounts. The company claims their code can quantify a user’s conviction to their ideologies and whether they have the “passion needed to act on their beliefs.”

Teacher performs a drag dance to entertain students, says he has no regrets

Ignore the wishes of parents and do the transgender surgery, say...