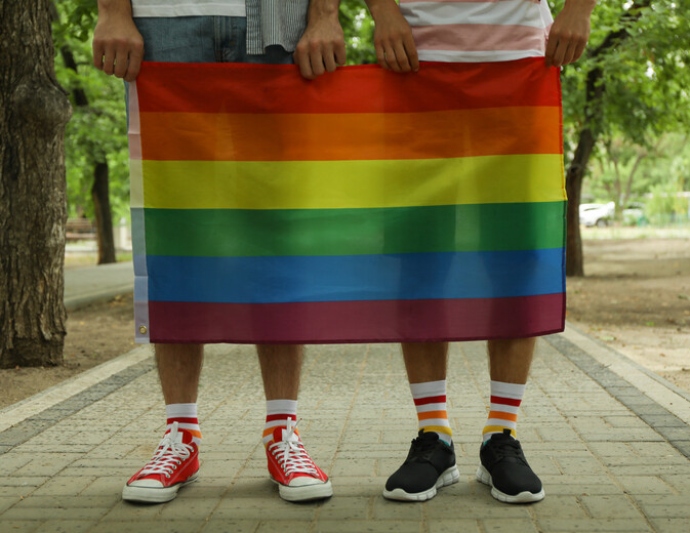 A teacher in California whose giggly, goofy video disparaging the American flag went viral has been removed from the classroom, according to a spokesperson for the Newport-Mesa Unified School District.

Teacher Kristin Pitzen is no longer teaching after an investigation was launched into the TikTok video in which she joked about telling a student to pledge allegiance to a rainbow Pride flag rather than to the American flag.

“Showing respect for our nation’s flag is an important value that we instill in our students and an expectation of our employees. The teacher is no longer in the classroom. We follow due process and our investigation continues.”

The video posted by Pitzen, an English teacher, to her own TikTok account has been deleted.

Pitzen says that she took the American flag out of her classroom “because it made me uncomfortable” during the COVID-19 pandemic.

“My (student) today goes, ‘Hey, it’s kind of weird that we just stand and we say it to nothing. … In the meantime, I tell this kid, ‘We do have a flag in the class that you can pledge your allegiance to. And he like looks around and goes, ‘Oh, that one?'” Pitzen mimicked her student pointing to the gay Pride flag.

On social media, people have taken issue less with the LGBTQ flag and more with her attitude toward the American flag.

“Nothing against the pride flag, but we lost 13 service men and women a few days ago for that flag (in Afghanistan)… respect it!” said one Twitter user.

Richard Grenell, who served as director of national intelligence in the Trump administration, tweeted: “What kind of parent would allow their child to be taught by this wacko?”

Bugs are racists. Scientists to change names of racist bugs