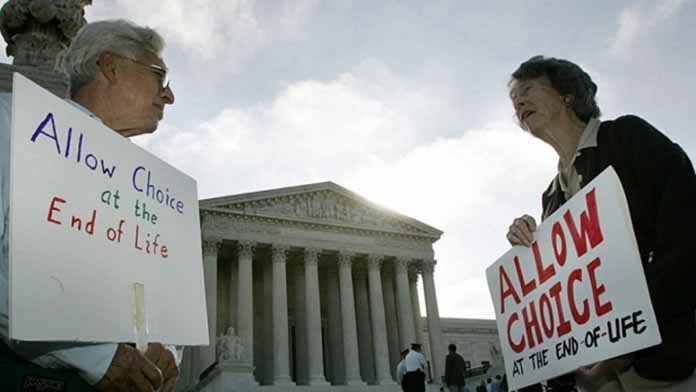 A New Jersey judge has temporarily blocked a law that would allow physician assisted suicide on terminally ill patients.  The law was scheduled to go into effect August 1.

The law was blocked after a physician claimed the practice would be a violation of religious freedom protections in the U.S. Constitution, as well as a violation of laws that currently criminalize suicide.

Dr. Yosef Glassman is an Orthodox Jew who is opposed to facilitating suicide both due to his religious beliefs and his profession as a doctor.

Under the law, doctors who object to performing assisted suicide must refer the patient to another doctor who will help them end their life.

Dr. Glassman’s lawsuit says the demand on doctors is “not only a violation of the rights to practice medicine without breaching the fiduciary duties owing to those patients … but also violations of their First Amendment rights under the United States Constitution to freely practice their religions in which human life is sacred and must not be taken.”

New Jersey Gov. Phil Murphy signed the bill into law last April, which made The Garden State the seventh state to allow the practice.

Two doctors must sign off on a patients’ request to end their life and the patient must administer the drug himself or herself.