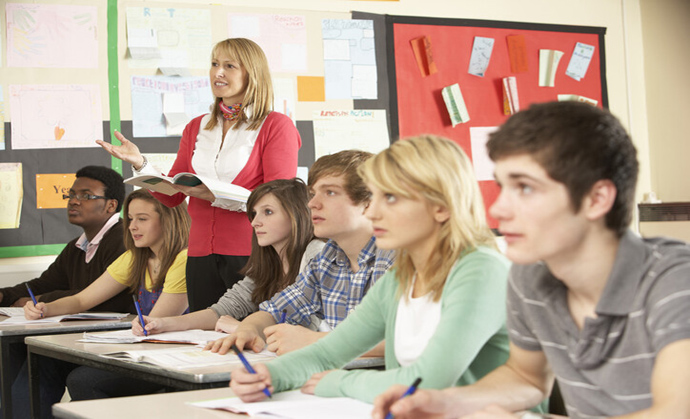 When the top elected official in your state says there is a “restriction” that school students no longer have to follow, and it jibes with your own beliefs and those of your family, it makes sense to dump the restriction.

And then your school suspends you? Over a flu outbreak that is minimally dangerous to children and young adults?

That’s what is happening now in Virginia’s Loudoun County Public School district, where school officials and administrators are protesting new governor Glenn Youngkin’s removal of the COVID mask mandate. Some 29 students have been suspended after they heeded Youngkin’s executive order and ignored the schools’ mask mandate, reports ABC 6 WATE.

The school board voted to uphold the mask mandate for all of the schools in the county, despite Youngkin’s order allowing parents to choose.

School officials are not happy that COVID, a crisis which has allowed them to wield enhanced powers, is being downplayed and ignored. “They were suspended under an existing policy 8210: for willful or continued disobedience of school rules and school personnel,” said LCPS Public Information Officer Wayde Byard in a statement to WDVM 25. “The issue involved was a failure to follow LCPS COVID-mitigation measures.”

Byard said students will be suspended “until they comply with the mitigation protocol or 10 days maximum.”

The response to COVID continues to divide schools, states and even countries between obedience to the whims of government and common-sense freedom.

The suspensions come after Youngkin and Attorney General Jason Miyares on joined a suit against LCPS by three parents. Youngkin and Miyares filed a motion on Feb. 2 requesting to join the suit, which came just weeks after seven Virginia school boards filed a lawsuit in Arlington County Circuit Court against Youngkin’s executive order, saying it violates state law.