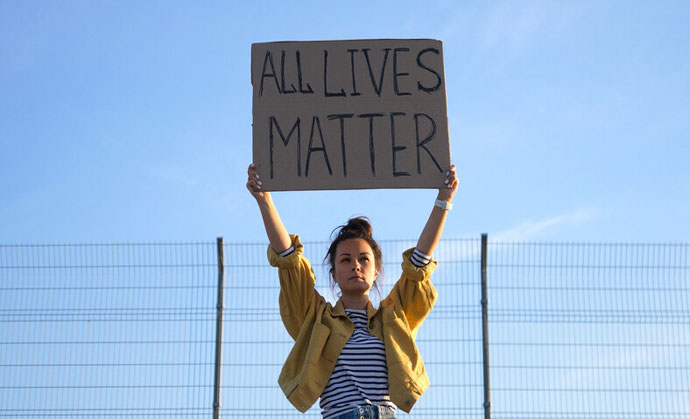 U.S. public schools continue to be unmasked as corrupters and re-trainers of children, attempting to teach young people that the English language, calling the police on black wrongdoers, treating people equally, being “colorblind” and even being protestant are symptoms of “white supremacy.”

A Springfield, Mo., school district had its racist training materials released under a freedom of information request, and they include a Powerpoint presentation on “systemic racism and xenophobia” in the district and how to understand the difference between oppressors and the oppressed, according to a report at justthenews.com.

Assumptions and claims made in the training package place it squarely in the Critical Race Theory curriculum that parents are increasingly rejecting across the nation.

The information includes an “oppression matrix” that points the finger at “white people,” “male assigned at birth,” “gender conforming CIS men and women,” “heterosexuals,” “rich, upper-class people” and “Protestants” as oppressors to be hated and overthrown.

Victims of oppression, the matrix stated, included minorities, homosexuals, transgenders, and working class and poor Americans who are presumably not white or at least “woke.” The training also targets “systemic racism” as being “public policies, institutional practices, cultural representations, and other social norms that, while not practiced consciously, reinforce and perpetuate racial group inequity.”

In other words American society and culture, which has given multitudes of minorities and immigrants the opportunity to succeed and prosper.

The training gave examples of “covert white supremacy” such as “calling the police on black people,” “education funding from property tax,” “English-only initiatives,” “mass incarceration,” the term “all lives matters” and “treating kids of color as adults.”

The inflammatory materials emerged after a pair of Springfield, Mo., teachers filed a lawsuit in the summer of 2021 charging the school district with forcing employees “to affirm views they do not support, to disclose personal details that they wish to keep private, and to self-censor on matters of public interest,” all in the name of learning to be “anti-racist educators.”

The Southeastern Legal Foundation is representing the teachers who sued and has stated that the training materials represent an effort by the school district to force educators to judge people by skin color and not merit.

Justice Dept. sues Mo. over law that would stop feds from...