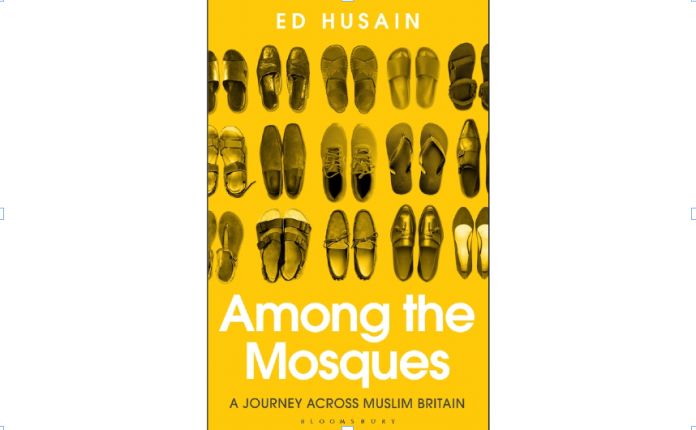 A shocking book will soon be released detailing the horrors of Islamic no-go zones across Britain.

The mainstream media in America routinely denounces the idea of Islamic no-go zones in Europe as conspiracy theories and unfounded speculations.

But author Ed Husain, a professor at the Walsh School of Foreign Service in Georgetown University, has penned a book exposing the deep-seated, entrenched Islamic areas in England that non-Muslims fear to enter.

The book, called Among the Mosques: A Journey Across Muslim Britain, documents alarming stories of Muslim women being banned from leaving their homes, white men being ‘jumped’ for entering Islamic-controlled areas, and Muslim children living under “Taliban-like rules.”

Author Husain was once himself a radicalized Muslim who trained for Jihad under Omar Khyam, a UK citizen that tried to explode a fertilizer bomb in London in May 2007.

Christian Action Network released a documentary film in 2014 exposing Islamic no-go zones in Europe called “Europe’s Last Stand.” That film was immediately panned as being sensationalist by the mainstream media.

Now comes a new book by Husain that makes even wilder and more shocking claims of hardened, menacing and dictatorial Islamic no go areas that are populating and growing across the British landscape.

Husain claims that more than half the mosques in the UK are controlled by the Deobandis, a branch of Islam that was responsible for creating the Taliban in Afghanistan.

White men, he claims, told him they were terrified to go into towns of these Islamic no-go areas, hearing at least one story from a father who claimed his 12-year-old boy was “battered” in broad daylight “for being white.”

Another man told Husain about the danger of white people entering an area of Whalley Range, which is 30 percent Muslim.

“If we go to Whalley Range at night-time, we’re guaranteed to get jumped. We won’t walk out of it. We won’t walk to the other end of the street,” the man said.

Husain said he also saw a mosque converted from a church in Didsbury with a sign reading “Sharia Department.”

Salman Abedi once worshipped at that mosque, who detonated the suicide bomb that killed 22 people at a 2017 Ariana Grande concert at the Manchester Arena. Abedi’s family regularly attended that mosque with his father frequently offering the call to prayer.

In Birmingham, Husain was told by Muslims that they are waiting for England to adopt sharia for the government.

“I have no government,” one Muslim told him, dismissing the current English government as having any control over the area. “We are waiting for our government of the sharia to return again, headed by a caliph.”

The anticipated release date for Among the Mosques: A Journey Across Muslim Britain is expected on June 10, 2021 from Bloomsbury Publishing.

Tell Your Family, Friends and Church Leaders about the Religious Liberty Coalition!

After being tortured, Pakistani Christian confesses to blasphemy, converts to Islam, and is then sentenced to death