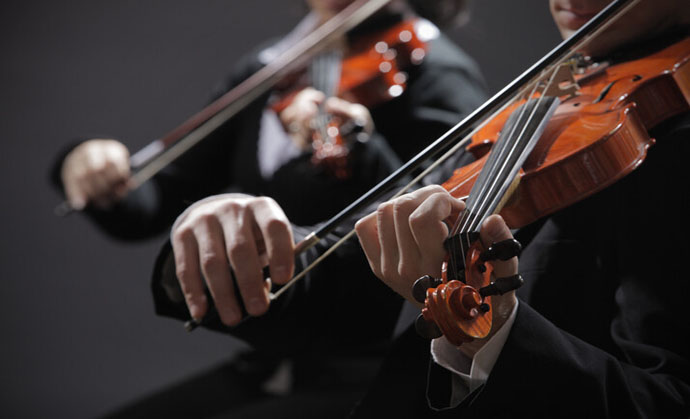 A violinist from the former Soviet bloc who was “canceled” by his snowflake musician boss is suing.

Yuri Grankin played 16 years for the Quad-City Symphony Orchestra in Iowa, but after he posted some memes on social media that didn’t pay due respect to Black Lives Matter, his clique-ish director, Brian Baxter, fired him.

It’s what leftists do. They fire you from your job for not agreeing with them.

Grankin’s controversial views included things like believing in “equal treatment” for all races, he was quoted as saying in a story by the Iowa Capital Dispatch.

The musician, who now lives in Florida, alleges in a lawsuit filed in U.S. District Court that he was fired in 2020 by Baxter for “racially disparaging remarks and content” that he was accused of sharing with others via his Facebook page.

Other employees of the QCSO frequently shared their views on social media platforms without consequence, Grankin said, and the comments he posted online “were simply statements of verifiable facts and mainstream conservative positions expressed mostly via memes.” One of the memes he posted pointed out that even though Abraham Lincoln freed slaves in the 1860s, he was denounced as a racist in 2020 by members of Black Lives Matter.

Grankin grew up in the Soviet Union in the 1980s, and said people with his background are wary of the “extreme left because they have lived in dystopian societies that have tried these ideas.”

His lawsuit seeks damages of $1.5 million as compensation for projected future lost earnings as a musician. The QCSO has yet to file a response.