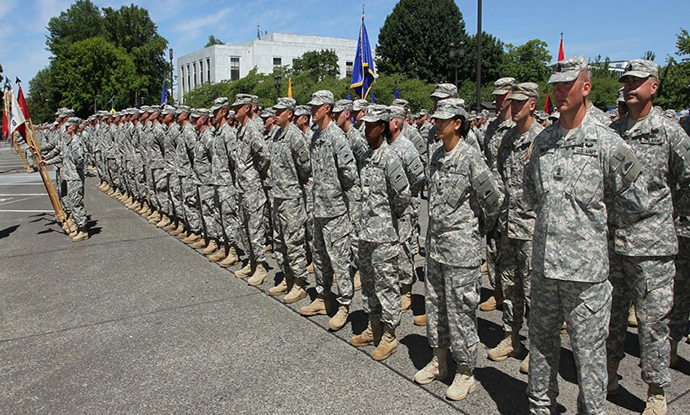 In a September 2021 letter being prepared for dispatch to the White House, the National School Boards Association (NSBA) originally asked for military force to be deployed against angry parents at school board meetings who were upset about mask mandates and what their children were learning in school.

That’s right: The same group that likened the angry parents to domestic terrorists asked in a draft version of their letter, later revised, for the Army National Guard and military police to be sent to certain districts, DailyMail.com reports.

“We ask that the Army National Guard and its Military Police be deployed to certain school districts and related events where students and school personnel have been subjected to acts and threats of violence,” reads the draft letter, according to an independent review.

The NSBA letter that did actually reach the White House in September 2021 asked for federal interdiction of protesting parents at school board meetings across the nation. It also asked that their actions be investigated under the Patriot Act as “domestic terrorism.”

The NSBA represents more than 90,000 school board members in 14,000 public school districts. The controversial letter was not authorized by the association’s board of directors or executive committee, the independent review noted, and a total of four people in the NSBA had reviewed it before it was sent.

Another part of the draft letter, also cut out before sending, labeled reports that critical race theory was being included in school curriculums as “propaganda.”

The exact wording was: “An increasing number of public school officials is [sic] facing physical threats because of propaganda purporting the inclusion of critical race theory within classroom instruction and curricula.” The early draft also called concerned parents “plotters who are targeting schools and educators.”

It has since been revealed that the White House and the Justice Department both actually colluded with the NSBA to alter the language of the letter, findings supported by the independent review of the letter. The review also reveals that the NSBA hired a “crisis management” company to deal with all the negative fallout from the letter.

Sheriff tells atheist group he will not remove Bible verse from...