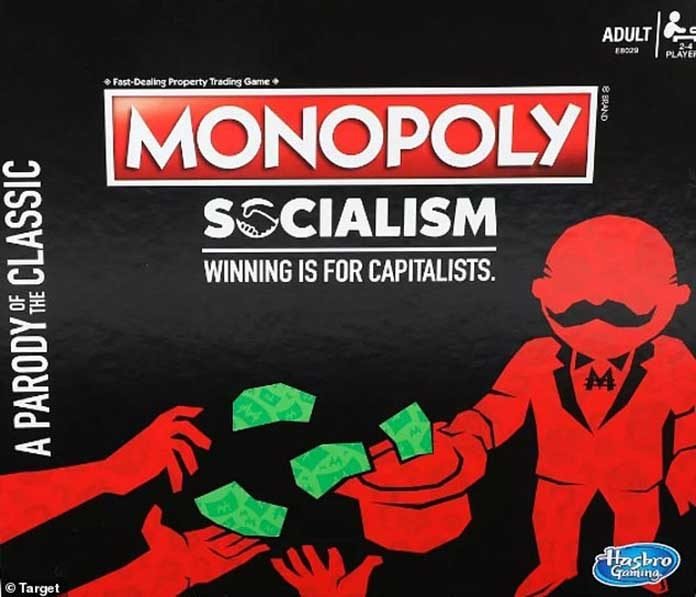 DailyMail. A right-wing parody version of the classic board game Monopoly mocking socialism has gone on sale, amusing and outraging those on both sides of the political spectrum.

With the tagline ‘winning is for capitalists’, the scathing game offers players the chance to contribute to community projects instead of buying properties.

Target’s website states: ‘In the Monopoly Socialism game players move around the board working together to make a better community by managing and contributing to projects such as a no-tip vegan restaurant, an all-winners school, or a museum of co-creation.”

Instead of collecting $200 each time a player passes Go, they receive a $50 living wage.

One of the cards even says: ‘You seem to be doing too well for yourself. That’s not how socialism works. As a community, choose one player to take back five of their chips.’

Many on social media, like Mr Kapur, have criticized the ‘mean-spirited’ game, but others say they find it hilarious.

Author and historian Nick Kapur posted a thread on Twitter about the game after he played it.

He said: ‘It goes without saying that this game is entirely uninterested in trying to understand what socialism actually is and how it might function.’

Antifa video game explores the fun side of liberal thuggery

Woman regrets ‘transitioning’ to male at 44, claims others hide their...