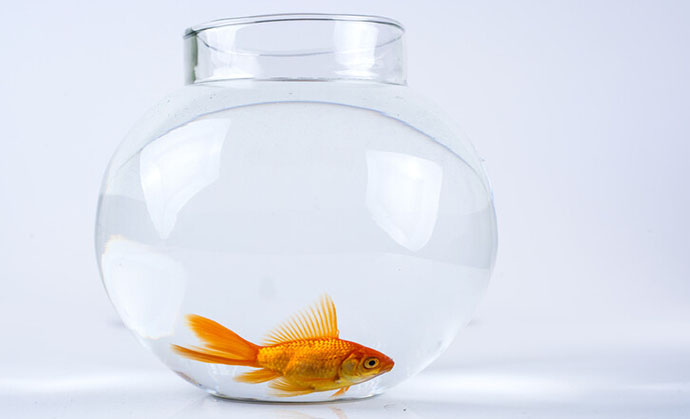 Against the backdrop of the COVID crisis, the war in Ukraine, an increasingly shaky world economic climate, and assaults on freedom everywhere, the government of Belgium has got one thing covered:

The country is planning to ban the round kind, according to The Telegraph.

Round fishbowls “cause stress to the fish and should be banned,” according to a report on the overhauling of the country’s animal laws, and Belgium’s La Capitale quoted animal welfare minister Bernard Clerfayt as saying: “We know that the round jar has an impact on fish stress.”

On a daily basis around the world, fish are caught and actually eaten, with unknown effects on their stress levels.

According to Belgian government documents, however, round bowls can have a smaller water surface area than square or rectangular models. Less surface area risks the “health and well-being of the fish”, the news report further said.

Belgium is not going full police-state about the fishbowls yet; the proposed ban would apply only to the Brussels-Capital Region, the newspaper quoted the minister as saying. The government will ban the sale of round bowls but not the use of them, he added.

Fireworks and electric dog collars are also on the list of items deemed harmful to pets. Expect further action.

In January, news agency Reuters carried a report saying a leading French aquarium vendor has stopped selling round fish bowls because they “drive fish mad and kill them quickly”.

Holy Cow! Can you say that?