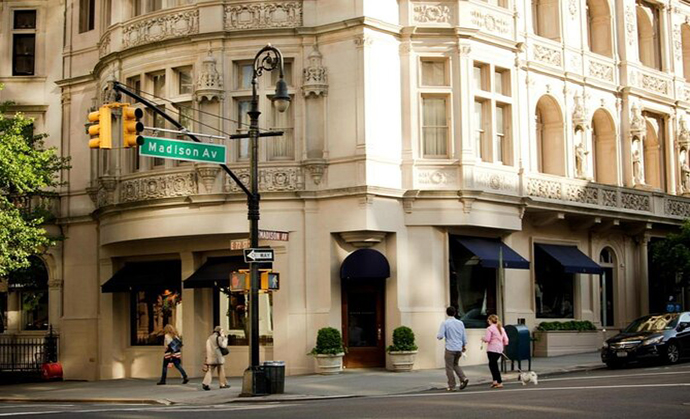 Welcome to Joe Biden’s and Nancy Pelosi’s America, where the most legendary shopping district in the nation’s most legendary city is staggering under out-of-control shoplifting, the lawlessness that brings it and Democratic leadership that refuses to fight crime and even enables it.

Shops on New York City’s Madison Avenue are turning down their lights, locking their doors while open and opening by appointment only as thieves become increasingly brazen and law and order break down in the leftist-run Big Apple.

The Carolina Herrera boutique near 67th Street has been robbed so many times it now pretends to be shuttered during normal business hours, The New York Post reports.

“The normal thing now today is to lock our doors on Madison Avenue,” confessed Carolina Herrera sales associate Michelle Singh, who has watched shoplifters make off with costly handbags and even been urged not to intervene for fear of violence. “We don’t feel safe,” added a Carolina Herrera manager who called himself Michael.

Chanel and Prada, both nearby, are also locked during normal business hours and have security guards posted to check out potential shoppers and either let them in or stay “closed.”

In February a gang of seven thieves relieved The Real Real on Madison of nearly half a million dollars’ worth of purses and jewelry in a brazen daytime heist.

The shoplifters often go unprosecuted, of course, under George Soros-supported and soft-on-crime Manhattan District Attorney Alvin Bragg, and are “just the tip of the iceberg” and “following orders” for a much larger crime syndicate, Bauer said.

Bauer’s organization teamed up with other Midtown business groups this month to demand action from New York governor Kathy Hochul to counter the crippling crime spree in the luxury shopping area.

There has been a shocking rise in theft across the city, with grand larceny up 54 percent and petty larceny up 42 percent, according to NYPD data. Citywide shoplifting complaints have jumped 81 percent in the past year, Chief of Crime Control Strategies Michael LiPetri said recently.