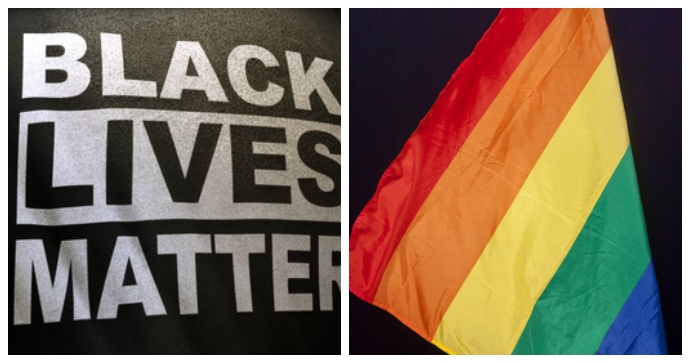 In a rare display of sanity on the West Coast, a school board in Oregon has voted to ban homosexual “pride” and Black Lives Matter (BLM) flags from its district school buildings, according to a Newsweek report.

Why? For the simple reason that they are divisive symbols that make some kids more important than others. That did not sit well with Newberg Public Schools Board chair Dave Brown.

“It still goes back to the fact that we have a lot of kids that are impacted by this positively or negatively,” he said. “As a school board, it’s our job to make decisions that are going to be there for every single kid at Newberg High School, not just the kids that are represented in just one group — it has to be all kids.”

The board backed a plan, by a 4-3 vote, that prohibits signs, clothing, and other items deemed to be “political.”

During a four-hour virtual meeting, school board director and vice-chair Brian Shannon also spoke out against what he viewed as “divisive symbols” and requested a ban on teachers wearing clothing linked to BLM or homosexual movements.

“The main goal of this is to get political symbols and divisive symbols out of our schools so we can focus on the already difficult task of educating our students in the core subjects,” he said.

The move brought complaints that the schools cater to “normal” students and that the divisive flags give a secure feeling to students who don’t feel normal.

“White and or heteronormative students, the majority, see their own validation consistently in the curriculum Newberg School districts have adopted and therefore do not need extra messages of support,” Teacher Stacey Dalton said

Former tennis champion says teaching LGBTQ in schools is ‘of the...