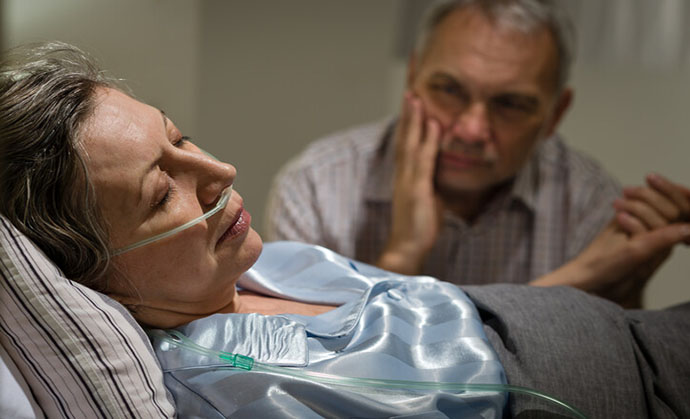 “Medically assisted dying” might seem like an oxymoron, since medicine generally has the opposite goal, but now it is more readily available to those who choose despair over trust in God.

Following a March 28 court decision, Oregon will no longer require people who choose to commit legal suicide there to be residents of the state, U.S. News reports.

The decision is the result of a lawsuit by the group Compassion & Choices, which advocates for medically assisted suicide for the terminally ill, according to its website. While such self-destruction is legal in Washington, religiously affiliated health care providers in the southwestern part of the state often prohibit it. Forcing terminally ill patients to find doctors willing to help them commit suicide causes additional suffering, critics have said.

The residency requirement was “both discriminatory and profoundly unfair to dying patients at the most critical time of their life,” according to Kevin Diaz, an attorney for Compassion & Choices.

Oregon’s Death With Dignity Act was introduced in 1997 and allows “terminally ill Oregonians to end their lives through the voluntary self-administration of a lethal dose of medication, expressly prescribed by a physician for that purpose,” according to the state government. Eight other states and the District of Columbia have since followed suit.

Oregon’s law already required medically assisted suicides to be at least 18 years old, capable of making and expressing health care decisions, and diagnosed with a terminal illness expected to kill within six months. If a patient meets these criteria, doctors in Oregon can prescribe them a lethal medication. The law does not allow for euthanasia: Doctors can only prescribe medication and not administer it. Patients must do that themselves.

National Right to Life, an anti-abortion group, criticized the court’s decision. Without a residency requirement, Oregon could become an “assisted suicide tourism capital,” said Laura Echevarria, a spokeswoman for the group.