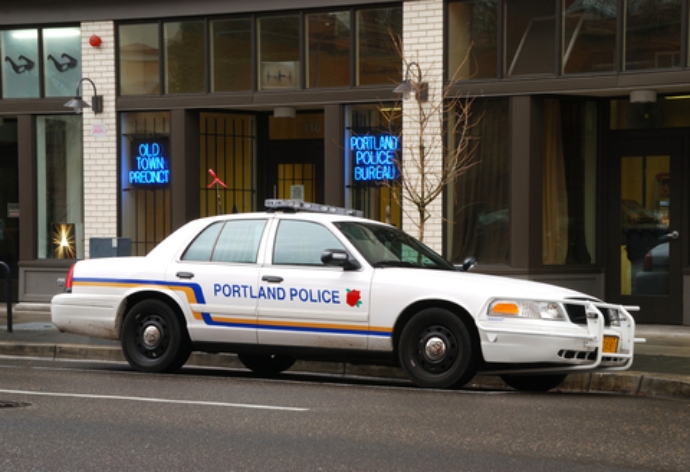 Antifa thugs broke into a peaceful gathering at Portland, Oregon’s Tom McCall Waterfront Park on Aug. 7, hurling smoke grenades and appearing to dismantle part of the public address system, spurring a strange but not surprising reaction from Portland police.

“Antifa had threatened to beat people up and do what they do — and then they showed up and did it,” an attendee told the Portland Tribune.

“The police were not even far from there and they were laughing in their vehicles and doing their thing. It’s probably hard to care as an officer in a place where they take away all your funding.”

The event, scheduled for noon at the park, was a prayer meeting with Canadian Protestant Christian preacher Artur Pawlowski. Pawlowski is known for his public opposition to abortion, homosexuality and most recently mask regulations.

One protester took command of the microphone and yelled, “All Cops are B*******, in the name of Jesus.”

Prayer organizers had their speaker system knocked down, with at least one thrown into a nearby river, by the Antifa members. A woman reported flash bombs being tossed near children.

“We were about to have a worship event, and Antifa just rolled in like an angry mob, started throwing flash bombs at everybody, macing everybody, rotten eggs at everybody, black paint,’ she reported to the Daily Mail.

Several speakers addressed the crowd of several dozen, leading to the initial disruption. Soon more counter-protesters joined in, along with supporters of the prayer group, armed with paintball guns and other weapons. Shouting matches ensued.

After 90 minutes Pawlowski’s event ended. Those standing guard around the event then scuffled with the counter-demonstrators, who set off a blast of pepper spray a few blocks away. A paintball gun was fired in response, and a Portland Police squad car whooped its siren.

Both sides soon separated and dispersed.

No arrests were made during the confrontation.

Teen girl is handcuffed and put in jail for going to...