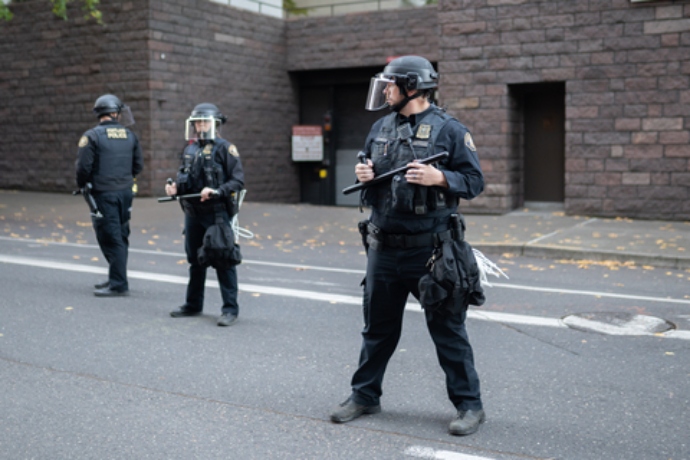 Defunding police is dangerous and hard to reverse once willing peace officers have been chased away. Who knew?

In Portland, Ore., attempts to redeploy a revamped gun-violence police squad that was defunded at the height of Black Lives Matter protests are not being met with success.

Portland Police Association President Daryl Turner told FOX News on Aug. 3 that defunding law enforcement is guaranteed to increase crime: “Over a year ago we were defunded over $20 million and many staffing positions — and many of those staffing positions was our gun-violence reduction team,” he said.

The Portland unit, he said, had been “a model in the nation” at “taking guns of the street, taking people who are committing those shootings off the streets.”

Now homicides are up 327 percent, he said, and shootings up 116 percent in the city that saw widespread violence in 2020’s prolonged BLM protests and riots. The 53 homicides so far this year are on pace to surpass the city’s all-time high of 70 in 1987, FOX reported.

“Now they want to put together a team after they’ve made the mistake of defunding and disbanding this unit,” he said. “Our officers don’t have confidence in our elected officials who have never showed support for them.”

Why are officers not lining up again now that the city wants its protection back? Because officers do not trust that leftist politicians in a city that allowed the police to be defunded will let the squad “proactively police the way they should to be able to slow the gun violence and to stop the murders,” Turner said.

Amazon says downtown Seattle is too dangerous for 1,800 workers

Military troops question why Trump rioters are a threat but not...