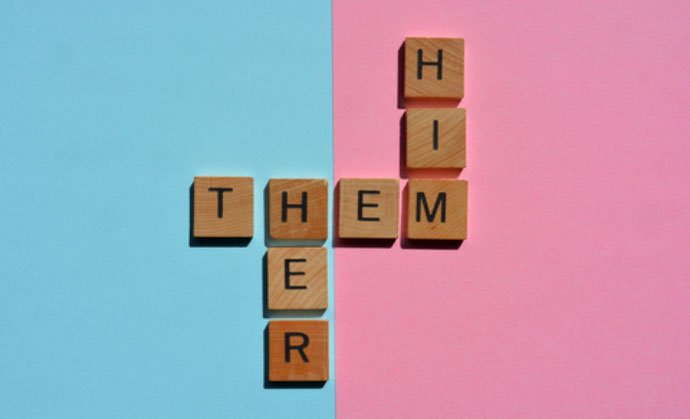 Who has the authority to change the words you’re allowed to use – the words that accurately describe the world in which you live?

And leftist local leaders in San Diego don’t like people using the words “he” and “she” anymore, to the point where they have made their city the fifth in the nation to prohibit future use of those accurate, specific pronouns in city laws and policies.

They say it’s so that transgender people, who represent about 1 percent of the population, will “feel more welcome” in the city’s government, according to The San Diego Union-Tribune.

The proposal requires city policies to use “they” and “their” instead of “he” and “she,” and to use words like “humankind” instead of “mankind.”

Many are asking if elected officials don’t have more important or urgent problems to address.

“Using gender-neutral language in the development of our policies is the right and just path forward,” City Councilmember Sean Elo-Rivera said after a unanimous council vote on Nov. 2. “Actions like this are about honoring the humanity of all people.”

Oakland, Berkeley, Boston and Portland have forced similar “inclusive language” about gender and sexual orientation on their residents, and 11 states now have “third gender” ID cards for people who don’t want to be seen as either male or female.

In defiance of the scientific reality that humans come in two genders, California began offering non-binary birth certificates three years ago, and the state introduced gender-neutral driver’s licenses in 2019. In January, just after the installation of Joe Biden in the White House, the U.S. House of Representatives began using non-binary, non-gendered language in official documents.

Students in Virginia could be charged for failing to address transgender...