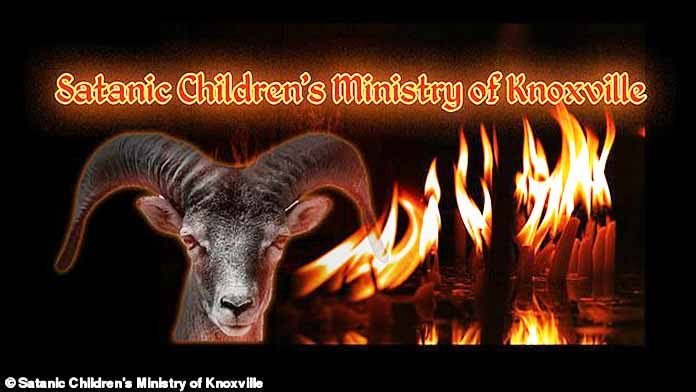 Now that a Tennessee public elementary school is sending students to an hour a month of Christian instruction at a nearby church, a practice fully allowable under a 2015 state law, a media- and social-media-fueled frenzy is breaking out.

The latest development: A Satanist organization in Knoxville, Tenn., where the school is located, has announced a children’s ministry for students who don’t want to go to the church program.

“We have the financial backing and volunteers needed to make it happen,” a spokesman told the Daily Mail.

The Satanic Children’s Ministry of Knoxville is not offering its program out of an actual desire to indoctrinate children, it says, but rather to highlight what it says is the danger of exposing children to Christianity in a taxpayer-supported institution.

Its goal therefore appears to be asserting that there is no substantive difference between Christianity and Satanism: that neither should taint the pure air of a government school.

The ministry said the vast majority of Satanists do not believe in a literal Satan, but rather use the Father of Lies as a symbol of free thought. The ministry has no official connection to the Satanic Temple or the Church of Satan, it says, and one of its main tenets is to stand against bigotry and hate.

“Satanic Children’s Ministry of Knoxville will be coming to your local elementary with our Satanic Release Program! For one hour once a month, your children can be released from their school to come learn about Baphomet!” they said on Facebook.

Interestingly, the Knoxville News-Sentinel reported that one concern from parents is that students are coming back to school from the program with candy, talking about what fun they had.

Tired of the godless and atheists taking over this country?

Maskless students accused of ‘willful disobedience’ in Va.; 29 suspended until...