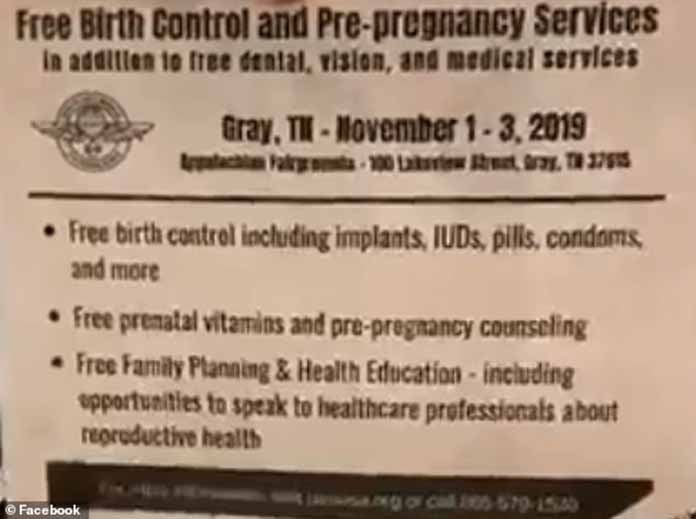 DailyMail. School officials in Tennessee were forced to apologize after second-graders at an elementary school in Sullivan County were handed fliers promoting free birth control services.

The fliers sparked outrage among some conservative Christian parents and activists, who accused school officials of teaching children as young as seven about condoms and birth control pills, which runs counter to their religious beliefs.

Sullivan County Director of Schools David Cox contended during last week’s school board meeting that the information about contraceptives ended up on the fliers by accident.

Rev Richard Penkoski, a controversial pastor who runs the hard-line online ministry Warriors for Christ, attended the meeting and lashed out at administrators over the fliers advertising, among other medical services, free birth control during a clinic at Appalachian Fairgrounds in Gray, Tennessee, on November 1-3, reported Kingsport Times-News.

The clinic was organized by Remote Area Medical Volunteer Corps to provide a range of medical, dental, vision and family planning services free of charge to low-income families in the area.

Printouts promoting the three-day event were given earlier this month to second-grade students at Mary Hughes Elementary School in Piney Flats, among them Penkoski’s son, to take home to their parents.

One side of the page advertised medical, vision and dental services, while the other promoted birth control services.