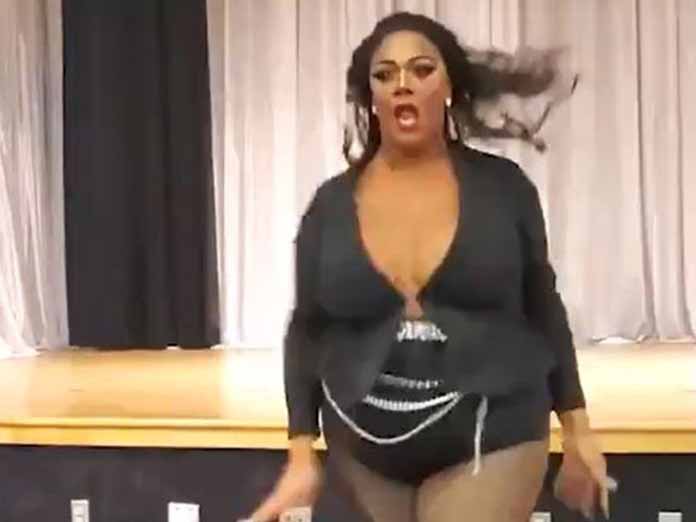 Some things are just too weird even for Seattle.

The head of a Seattle-area homelessness agency has stepped down after a bodysuit–clad transgender dancer named Beyonce Black St. James kissed and gave lap dances to people attending a recent annual conference … on homelessness.

Kira Zylstra, director of King County’s All Home agency, quit over the weekend. The county’s Department of Community and Human Services said through a spokesperson that when they heard about the event they started investigating not only the conference but the agency’s leadership as well, The Seattle Times reported.

At the Dec. 9 conference, the agency-hired performer twerked and kissed attendees, who included government workers, nonprofit workers and people from the faith community.

Rev. Bill Kirlin-Hackett, who leads the Interfaith Task Force on Homelessness, said he was not “personally offended by it,” but said “it just seemed so wrong and out of place for what we were there for.”

Hackett said he worried that video of the strange choice in entertainment would be used by critics of Seattle’s homelessness program to discredit their work.

“I just knew it was going to hit social media and when it hit social media, this is kind of like what every opponent of the collective work would wish for,” he told the newspaper.