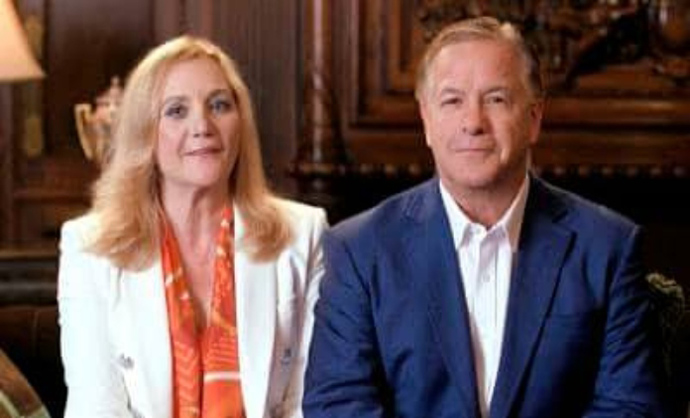 A St. Louis couple who came out into their yard armed with a rifle and pistol when Black Lives Matter protesters were marching by in their neighborhood still have not been able to get their weapons back from the city, Yahoo News reports.

Mark and Patricia McCloskey appeared outside their home in June of 2020 and brandished the firearms to keep the marchers at a distance. Black Lives Matter protests were, at the time, incubators of vandalism and violence. The couple originally pleaded guilty to misdemeanor fourth-degree assault in June of 2021, but they were pardoned by Missouri Gov. Mike Parson in August 2021.

Mark McCloskey, who became a Republican Senate candidate and a kind of poster boy for resistance to BLM, sued the state of Missouri and city of St. Louis to recover the guns — a Colt AR-15 and a .380 pistol — in late 2021. He argued that because of Parson’s pardon, he and his wife should be reimbursed the $872.50 they were fined when their weapons were confiscated. The guns were valued at $1,900.

In a motion filed on Jan. 3, counsel for the city said the governor’s pardon “did not supersede or displace the finding of guilt or order of forfeiture of the weapons, defendants’ continued possession of the weapons is not wrongful and Mr. McCloskey is not entitled to their immediate possession.”

The lawyer added that because of Mark McCloskey’s guilty plea, the city of St. Louis does not intend to return the firearms, which are under a court order to be destroyed.

According to the St. Louis Post-Dispatch, Robert Dierker of the City Counselor’s Office said in a virtual hearing on Jan. 5 that Mark McCloskey is a “beneficiary of bureaucratic, I want to say, ineptitude” because the firearms have yet to be dismantled.

A jury trial over the weapons is slated for Feb. 22.