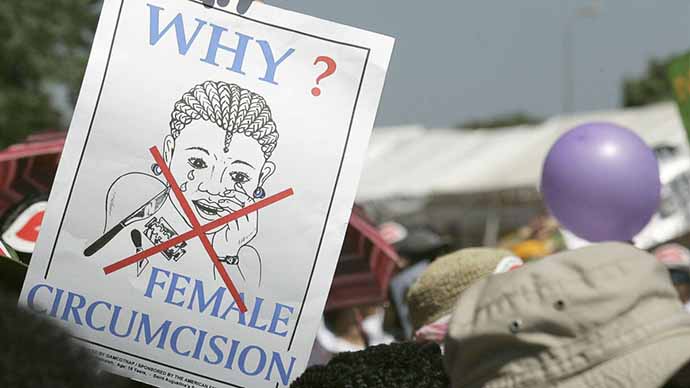 While transgenders in the United States line up to be genitally mutilated, the African nation of Sudan has criminalized the barbaric practice of female genital mutilation (FGM), making it subject to a penalty of three years in jail.

Some 87 percent of Sudanese women between 14 and 49 have had some form of FGM inflicted on them, according to the U.N.

FGM can result in urinary tract infections, infections of the uterus, kidney infections, cysts, reproductive dysfunction and pain during sex. Girls undergo the crude procedures because of a widespread cultural belief that it is essential for girls’ reputations and marriage prospects.

The global trend has been toward banning the painful and disfiguring practice, but according to a UNICEF report carried out in 29 countries in Africa and the Middle East it is still widely carried out. This is despite the fact that at least 24 of these countries have laws or restrictions against FGM.

FGM was already illegal in some parts of Sudan but these bans were widely ignored. There have been previous attempts to ban FGM across the whole country but the parliament under longtime leader Omar al-Bashir rejected the efforts.

Women were at the forefront of the movement that toppled Mr Bashir in April 2019. Campaigners accused the former government of discriminating against women in various ways — including preventing women from wearing trousers. In November Sudan repealed restrictions on how women acted and dressed in public.

The FGM amendment to the criminal law was approved on 22 April, Reuters reported. Under the amendment, anyone who performs FGM in any location faces three years’ prison and a fine.