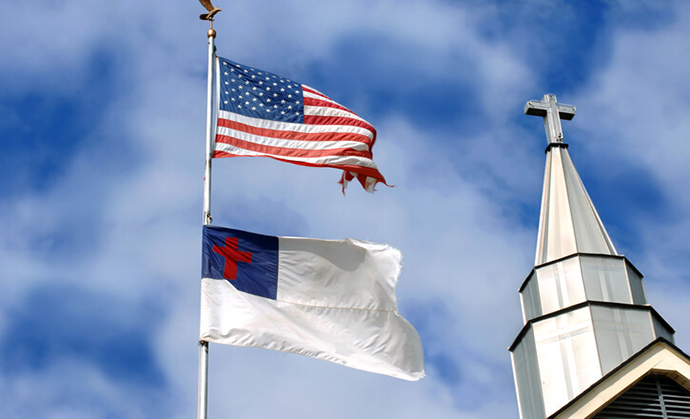 When a government issues an invitation for any group to fly their flag at a government building, then bars one particular group from doing so, is that fair?

In a unanimous ruling on May 2, the Supreme Court said that it is not and that the City of Boston abridged a Christian group’s freedom of speech by refusing to fly its flag outside of city hall, according to U.S.News.

The high court’s 9-0 decision overturned a lower court ruling in Shurtleff v. City of Boston. In that case, Boston denied a request from Harold Shurtleff, who led a Christian organization, to fly its flag, a red cross on a blue and white background. The refusal came in spite of the fact that the program had been granting requests from other private groups.

The argument for refusing the Christians was that flying their flag would be a favorite leftist boogeyman: governmental endorsement of a particular religion. Only Justice Stephen Breyer wrote in the court opinion that the city had invited it and was therefore bound to accept the request.

The question of whether flags flown outside of Boston’s city hall represent government speech or an open debate forum was the core of the case. Justices ruled that the flag program was not a representation of government speech and refusal to allow the Christian group to fly its flag amounted to a denial of its First Amendment right to free speech.

Abe Lincoln is kicked out of Cornell, but George Washington will keep Clarence Thomas

Elderly Man Shoved To His Death After Asking Assailant to be...