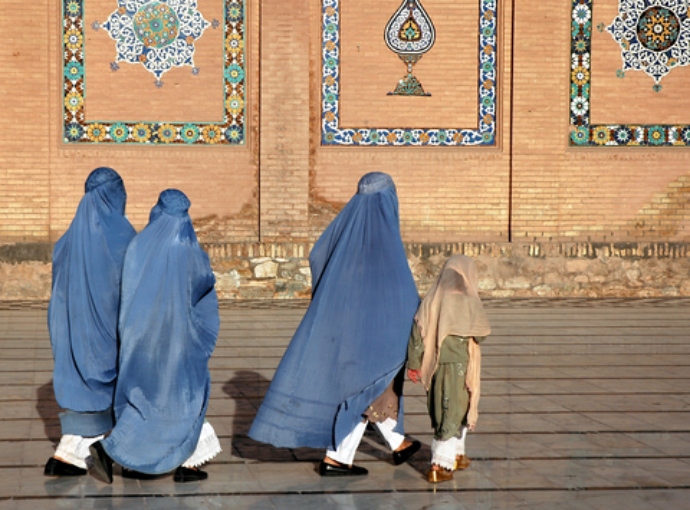 After several years of relative peace and order during the Trump administration, Afghanistan is again in chaos: The Taliban have retaken power and the first woman has been shot for allegedly not covering her face in public, a requirement of hard-line Islam.

The Aug. 17 shooting occurred as the group was pledging to usher in a new, “inclusive” era in the country that honors “women’s rights.”

A photo from Takhar province shows the woman in a pool of blood with people around her after she was killed by insurgents for being in public without a head covering, FOX News reported.

During a news conference a Taliban spokesman said insurgents would honor women’s rights, as long as they remain within Sharia law. The militants encouraged women to return to school and jobs, and another Taliban spokesman even stooped to a televised interview with a female journalist.

When the Taliban ruled Afghanistan before the 9/11 attacks, it prevented females from leaving their homes without a male chaperone, and did not allow them to work or be educated.

Insurgents also vowed on Aug. 17 not to interfere with evacuation efforts of Westerners and their Afghan allies, but were instead reported to be controlling the entrances of Hamid Karzai International Airport and attacking those who were trying to flee.

Elsewhere in Kabul, Taliban fighters were recorded shooting weapons as they combed neighborhoods home to activists and government workers, according to the report.

Afghan father sells daughter, 9, to 55-year-old man so he can buy food

Jailed! U.S. Marine is arrested and put behind bars after criticizing Afghanistan withdrawal