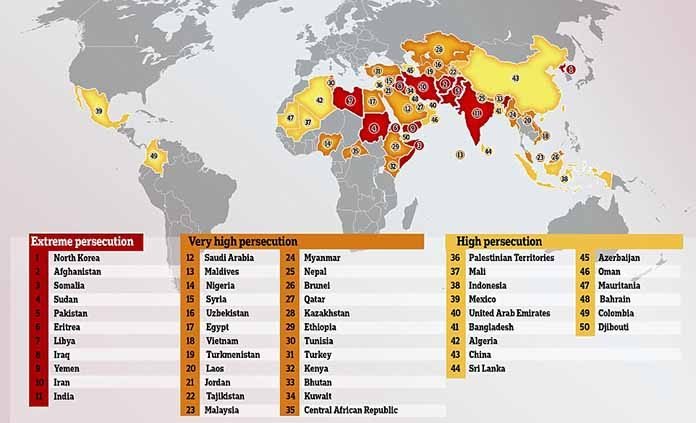 Each year, Open Doors UK publishes a World Watch List of places around the world where it is the most dangerous to be a Christian. In these countries, Christian’s face detention, violence and abuse for their religion. The number one most dangerous country on the list is North Korea, which has held the top spot for 18 years.

In Afghanistan, ranked second on the World Watch List, Christians also keep their faith a secret.

Should a Christian be discovered, Open Doors UK reports they: “may be sent to a mental hospital – their families believe no sane person would leave Islam.

“They may also be beaten or even killed by family members, or members of Islamic extremist groups like the Taliban.

The top 11 most dangerous countries to be a Christian are:

Tampa’s ban on conversion therapy struck down by federal judge