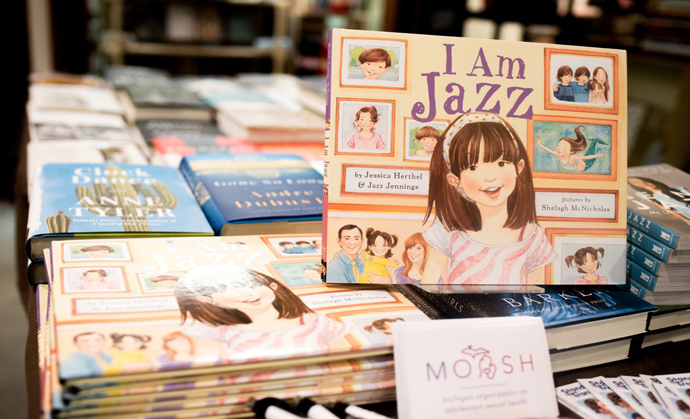 The publishing industry has become a leftist early-childhood indoctrination agency, it has become clear, with books about homosexuality, racism, feminism, liberal political figures and transgenderism dominating the children’s section in major booksellers.

There are books about transgender infants, queer families, Oprah Winfrey and famous transvestite RuPaul, but the subject that dominates all others is race. At the peak of media-fueled riots after the death of George Floyd, seven out of Amazon’s top ten titles and nine out of Barnes & Noble’s were on the subject of race.

According to DailyMail.com, on June 1, Libro.fm, a company that works with 1,200 bookstores in the United States and Canada selling audiobooks, reported that every book on its top ten sellers list was about race.

In Woke Baby! Mahogany L. Browne writes of infants protesting for equality. “Woke Babies raise their fists in the air. Woke babies cry out for justice.” The illustrations show a black baby wearing a onesie with a panther emblem on his chest.

According to Sharna Olfman, a professor of psychology at Point Park University in Pittsburgh, most of the leftist messages in the woke wave of children’s books will go over children’s heads.

Christopher Rufo, Senior Fellow and Director of the Initiative on Critical Race Theory at the Manhattan Institute, points out that the books are not so much aimed at children as at making their virtue-signaling parents into 24-hour indoctrinators.

He told DailyMail.com, “Antiracist Baby and other books [like it] are not designed to teach basic literacy or character formation; they are designed to indoctrinate children into a specific ideology, using their parents as the mechanism of transmission.”