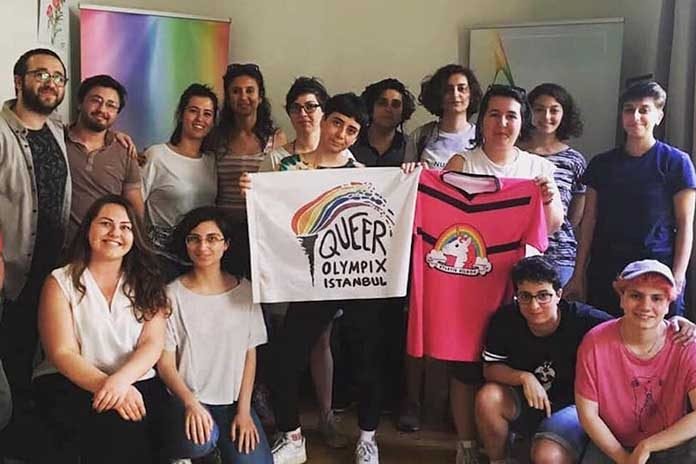 Authorities in Istanbul have banned the “Queer Olympix”sports event, making it the latest in the string of pro-LGBT events to be banned in the country, AFP reported.

Police in Istanbul’s Kadıköy arrived at the scene of the event  where organisers were setting up with water cannons, it said.

“We were told that we did not have permission to hold our event,” Kaya said.

The Kadiköy district governorate in an official statement said banned the event for the first time as a precaution “against the provocations that may occur due to social sensitivities.”

“The reason given is to prevent possible crimes; to protect public health, public order, and public morality,” the statement said.

Turkish authorities this year banned for the fifth year in a row the annual pride march for LGBTI rights in Istanbul, which attracts tens of thousands of people.

The ongoing ban in Turkey’s largest city as well as the ban on pride week activities in several other provinces such as the southern provinces of Antalya and Mersinhave stirred a debate on creeping conservatism under President Recep Tayyip Erdoğan’s ruling Islamist Justice and Development Party (AKP).

Sex scenes face extinction as actors concerned about getting COVID-19