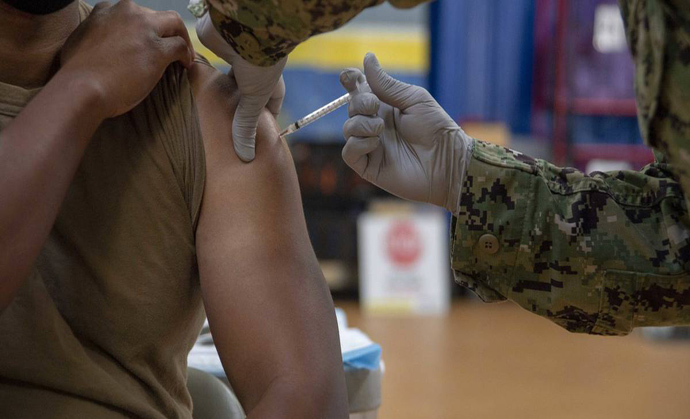 Thanks to pharmaceutical companies needing to sell their experimental vaccines, the U.S. Navy is about to lose 5,731 active-duty sailors, representing 2 percent of its active branch, without a shot being fired.

According to DailyMail.com, the “casualties” remained unvaccinated for two weeks after an announced deadline, Navy chiefs confirmed on Dec. 17.

It’s all just part of the U.S. government’s new obsession with making sure every American helps to enrich their pharma shareholders.

The Army, concurrently, announced that 3,800 unvaccinated soldiers will be sent home beginning in January.

The Air Force has so far discharged only 27 service members who disobeyed vaccine orders.

“If a sailor gets their shot, we will honor that and make every effort to retain them,” said Rear Adm. James Waters, the Navy’s director of military personnel plans and policy. “On the other hand, those who continue to refuse the vaccine will be required to leave the Navy.”

The Daily Mail also reported that while there has been question about what kind of discharge those who refuse will get. But on Dec. 15 the Senate overwhelmingly passed the National Defense Authorization Act, containing a provision that bars the Pentagon from giving dishonorable discharges – felon status and ineligible for benefits – to personnel who don’t want to be used as vaccine guinea pigs. The Senate vote was 88-11.