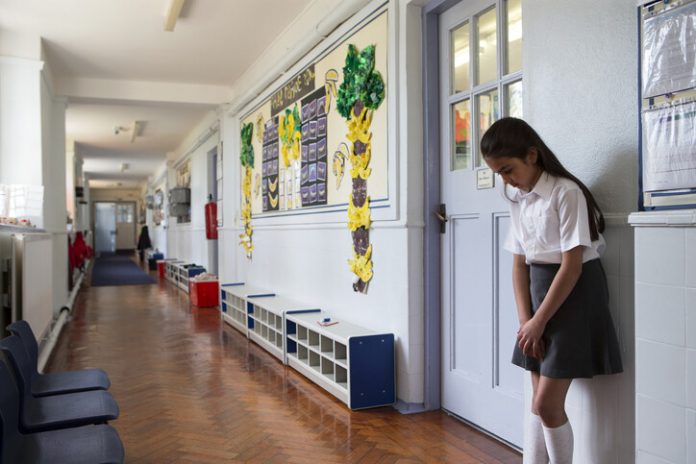 U.S. schools are far from alone in their campaign to wrest control of children’s values away from parents, and use peer pressure in the process.

According to DailyMail.com, a primary school in Scotland asked boys to go to school on Nov. 3 wearing skirts. The reason was to “promote equality.” Nor was it merely an option: The school even offered to provide skirts for some youngsters if they didn’t have suitable ones at home.

The effect, of course, would be to expose boys not participating as closed-minded or bigoted.

The school-sanctioned cross-dressing follows a similar move in Spain, where teachers and children have been wearing skirts to show their alliance with a boy who was expelled for wearing one last year.

An email sent out to parents from Castleview Primary in Edinburgh said children should be “comfortable” taking part and that trousers and leggings could be worn under skirts.

Many parents weren’t so enthused. A mother named Megan with a son at the school tweeted: “My son is five and just got this from the school! Let kids be kids.” Another mom, named Nicola, replied on Twitter: “If a boy wants to wear a skirt to school, he should be allowed, but why put pressure on people to ask their son to wear a skirt or be seen as some sort of bigot?”

The school said pupils at the school came up with the idea, and said: “We want our school to be inclusive and promote equality.”

Chris McGovern of a group called the Campaign for Real Education said adults were “foisting their own anxieties on to children,” instead of simply instructing them to treat others as they would like to be treated.