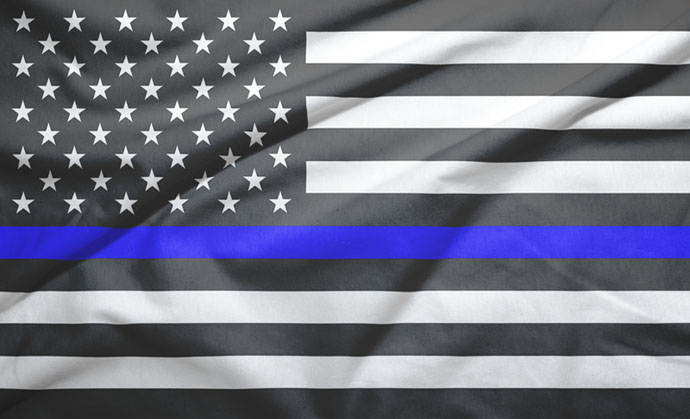 After a Washington state school district recently forced a teacher to remove a “Thin Blue Line” police-support flag from her classroom, a furor erupted.

Now the district superintendent is defending the removal of the flag, claiming it is a symbol of “hate groups.”

Part of the outraged reaction stemmed from the fact that other teachers’ LGBTQ and Black Lives Matter flags were allowed to remain on display at the school while the police flag, put up to honor the teacher’s ex-police officer brother, had to come down.

The unnamed teacher at Marysville Middle School even had a gay pride flag in her room as well, showing support for a homosexual relative. That flag generated no controversy at all.

Chris Pearson, interim superintendent for the Marysville School District, is defending the district’s decision by claiming the pro-police flag is “political” and has ties to “hate groups.”

Pearson has said the BLM and LGBTQ flags can stay because they “make vulnerable students feel seen,” according to coverage at DailyMail.com.

In a statement, Pearson said: “While (the Thin Blue Line flag) might be viewed by some as a tribute to police, this symbol was also used by hate groups in the 2017 far-right rally in Charlottesville, and was also carried by rioters during the January 6th attacks on the U.S. Capital.”

In other words, the flag represents a political “side” to Pearson, and it’s not the one he’s on.

Marysville Police Department declined to comment on the flag controversy but “thank(ed) the community for their support.”

The issue first came to light after the teacher’s cop brother Sutherland complained about the decision to The Jason Rantz Show on KTTH.