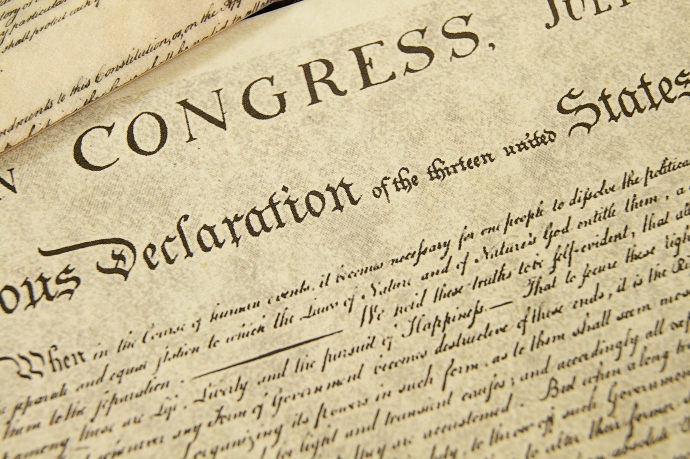 Exactly how dogmatically stupid and uneducated are the people in charge of the nation’s National Archives?

So stupid that they now have a “Harmful Language Alert” banner across the top of their web pages displaying the U.S. Constitution and other historically vital U.S. documents, reports a Daily Wire story.

The alert, which has its own special and jargon-riddled page, includes the language: “Some of the materials presented here may reflect outdated, biased, offensive, and possibly violent views and opinions.”

… The same views and opinions that allow a “National Archives” site to even exist.

In other words, “We sympathize with and are willing to accommodate your hatred for the United States of America.”

Digital copies of America’s other founding documents in the National Archives’ online catalog also now feature “trigger warnings” alerting readers that they may contain “harmful language.” The addition appears to follow the release of report from a National Archives “racism task force” that suggested the agency provide “context” for its historical documents.

The statement page indicates that historical documents are labeled as having “harmful language” when they:

The trigger warnings are part of an “institutional commitment” to “diversity, equity, and inclusion.”

“The Catalog and web pages contain some content that may be harmful or difficult to view,” NARA said in a statement released at the end of July. “NARA’s records span the history of the United States, and it is our charge to preserve and make available these historical records. As a result, some of the materials presented here may reflect outdated, biased, offensive, and possibly violent views and opinions. In addition, some of the materials may relate to violent or graphic events and are preserved for their historical significance.”

When a commentator on social media suggested that it was outrageous that America’s founding documents would require a trigger warning, the National Archives was quick to respond by noting that the alert is “not connected to any specific record, but appears at the top of the page while you are using the online Catalog.”

The very top. It’s the first thing a viewer of the site might notice.

A search of archived versions of the Declaration of Independence’s page shows that the warning was not present earlier this year.