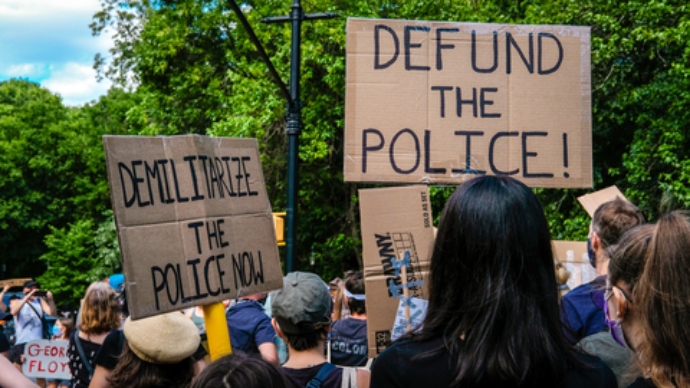 Leftists like to live well, even as they tear down institutions that keep society peaceful and safe. If they can do it with your money, so much the better.

According to reporting by the Washington Free Beacon, millions of taxpayer dollars are going to a nonprofit group that backs the movement to defund police and take apart the criminal justice system.

The Brooklyn-based Vera Institute of Justice is heavily funded by the federal government even as it advocates efforts to “radically dismantle” the American system of policing. This fiscal year, the Department of Justice, Department of Health and Human Services, and other agencies have awarded the Institute more than $89 million. The group has gotten more than $800 million in federal funds since 2008, according to a federal budget database called USA Spending.

Vera’s support for the “defund the police” is directly in line with Democratic efforts to starve law enforcement of funding. Joe Biden, installed as president of the United States this year after an election rife with COVID-related rule changes and irregular practices, claimed this month that Republicans are “lying” when they say Democrats support the concept.

The Vera Institute also received money from leftist donors such as George Soros’s Open Society Foundations. Some $10 million of the billionaire’s money went to Vera from 2016 to 2019.

“Vera is committed to dismantling the current culture of policing and working toward solutions that defund police and shift power to communities,” Vera president Nicholas Turner wrote on June 8, 2020.

Still, he urged support for “the outrage we’re seeing—in the streets, in our communities, and in the media.”