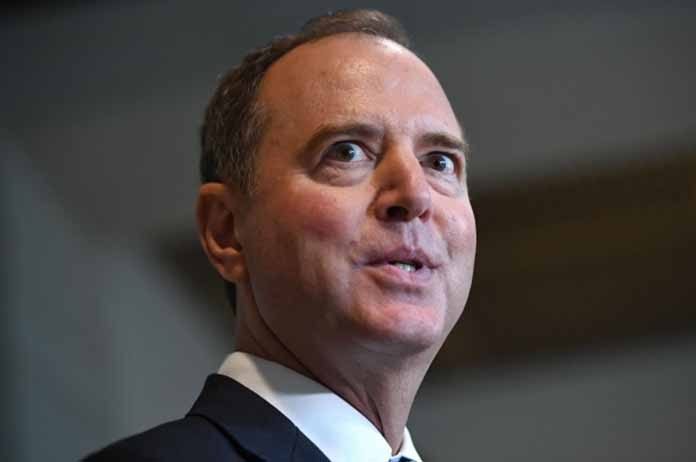 Liberal extremist California Democrat Rep. Adam Schiff, more commonly known as “Shifty Schiff” continues his dangerous lying to the American public as part of the Democrat effort to change the results of the 2016 presidential election which they thought they had fixed and sewn up for Crooked Hillary Clinton.

Shifty Schiff LIED when he said he had not spoken to the democrat “whistleblower” before hand — when in fact he had.

As Chairman of the House Intelligence Committee, Schiff, while speaking on national television where he knew he could do the most damage, shockingly and incredibly made up a story of LIES about President Trump involving Ukraine.

Shifty has been one of the leaders of the discredited   Democrat/Media “Russian Collusion” HOAX where he LIED repeatedly to the public.

President Trump and leaders in Congress have called on Schiff to resign because of his repeated lying.