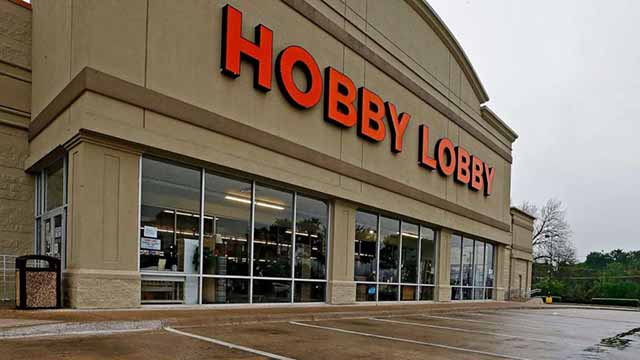 In a move sure to bring smiles to leftist media faces, Hobby Lobby is closing all of its stores nationwide and furloughing employees.

The craft store chain had tried to keep stores across the country open in defiance of coronavirus-related state lockdown orders, subsequently drawing intense criticism from major media who detest the company’s Christian leadership and public statements.

In a statement posted on the company website on April 3, Hobby Lobby announced it would furlough — or temporarily lay off — “nearly all store employees” and is “ending emergency leave pay and suspending use of company provided paid time off benefits and vacation.”

“As the country continues efforts to manage and mitigate the devastating health and economic impacts of the COVID-19 virus, Hobby Lobby will, after careful consideration, close the remainder of its stores, and furlough nearly all store employees and a large portion of corporate and distribution employees, effective Friday, April 3rd, at 8:00 p.m.,” Hobby Lobby posted on its website. “The stores will remain closed until further notice.”

According to two employees, each speaking on the condition of anonymity for fear of retribution but whose employment status and identities were confirmed by Business Insider, managers at their stores called teams into a meeting to deliver the news on Friday afternoon. During the meetings, they were told the furloughs would affect all workers below management level and was expected to run through at least May 1.

An employee in a Midwestern state told Business Insider his manager said she would continue to work, though she “has no idea why she will still be there” if stores are closed.

The announcement comes following controversy for Hobby Lobby after the craft-store chain refused to close its stores and join the nearly 100 major retailers that have temporarily shuttered to prevent the spread of the coronavirus.